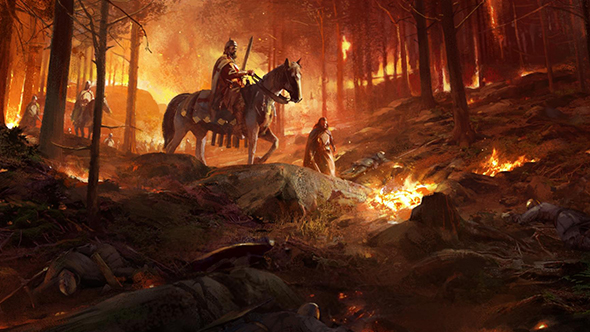 Soren Johnson, lead designer on Civilization IV, and his team at Mohawk Games are returning to those 4X roots for a new historical strategy game called 10 Crowns. The studio will partner with publishers Starbreeze to bring the game out.

Check out all the best 4X games on PC.

10 Crowns is currently in the prototyping phase, but is set to be an “epic-scale turn-based strategy game that lets players create the greatest dynasty in world history.” Mohawk’s previous title was space-bound economic sim Offworld Trading Company with publishers Stardock.

“Everyone here at Mohawk is very excited to work with Starbreeze on 10 Crowns,” Johnson says, “going back to our game development roots to make a classic historical 4X strategy game with some important and radical innovations to the genre. I look forward to sharing more about the design with the strategy game community and involving them in development as early as possible.”

Judging by the mention of community involvement and their path with Offworld Trading Company, it’s a safe bet that 10 Crowns will also see some sort of stay in Early Access. With the game apparently quite early in development, however, it may be some time before we hear more.