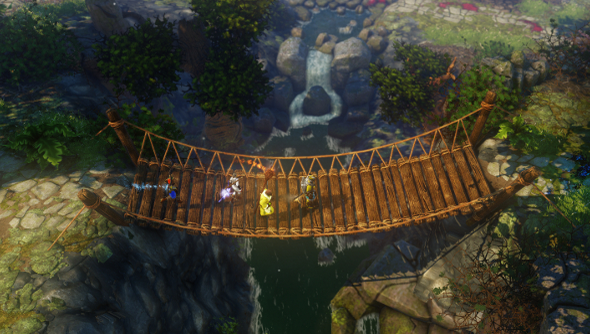 This year’s been a loopy one, inside and outside of the games industry, but it’s also been one filled with massive worlds and roleplaying adventures that we’ve been able to escape into. The roleplaying genre is a stalwart one, so it’s no surprise that 2014 has seen its fair share. But this year, the breadth and quality of them has been downright exceptional.

Tactics RPGs, JRPG ports, new games that feel like classic CRPGs, AAA titans – every angle has been covered. You can jump from a tile-based dungeon romp made by a tiny team to a sprawling open world fantasy epic crafted by hundreds, whatever your poison is, 2014 has had you covered. 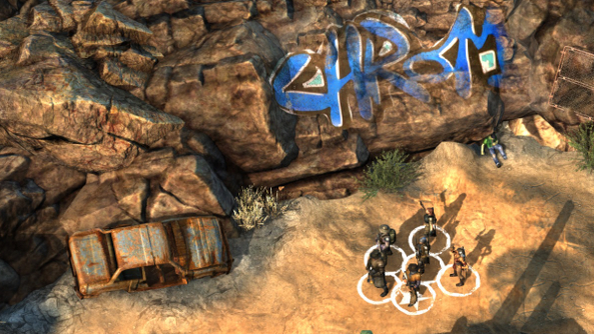 Kickstarter might not have transformed indie development into the utopia that optimists dreamed off, but backers have still given life to some remarkable games that would probably not have seen the light of day in the hands of a conservative publisher. Two of those Kickstarter successes also happen to be brilliant RPGs: Wasteland 2 and Divinity: Original Sin.

Larian and inXile’s Kickstarted RPGs at first seem worlds apart – one, a fantasy adventure with magic, gods and destiny, the other, a post-apocalyptic tactics RPG – but both are blessed with an inventiveness and playfulness that makes them almost experimental, even the design philosophy for both is rooted in games of the past, like the original Wasteland and Fallouts in the case of Wasteland 2, and classic CRPGs like Ultima and Baldur’s gate in the case of Original Sin.

What both of these games show is that an RPG can draw liberally from the past, but still be refreshing. They aren’t great because they pander to nostalgia; they’re simply great games. 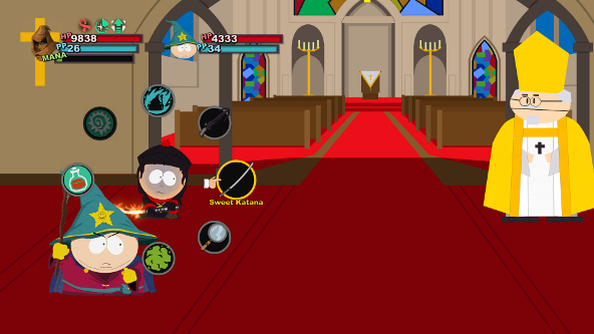 Long before they were released, Original Sin and Wasteland 2 held a lot of promise. Both went through Early Access phases, so the end result was not a complete surprise. This is entirely unlike South Park: The Stick of Truth.

THQ’s closure, release delays and the many shallow attempts to create a successful South Park game in the past all weighed down on Obsidian’s RPG. So when it turned out to be not just the funniest that South Park has been in years, but also a fantastic game, it was a bit unexpected.

Light Metroidvania-style exploration and JRPG combat do not scream South Park, but Obsidian managed to merge mechanics and setting seamlessly, and while the gags are gross (brilliantly so) and juvenile, The Stick of Truth is a serious RPG. Indeed, despite the incredibly steep competition, it’s one of the best games I’ve played all year. 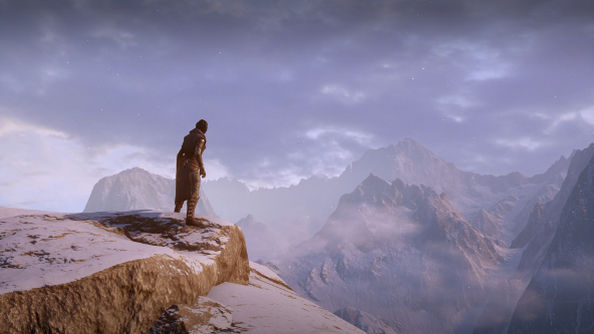 And by steep, I mean massive cliff levels of steep. 2014 has been the year where BioWare returned to form. Though, I confess that I’m one of those who didn’t really think that they were off form, despite some obvious, glaring flaws with Dragon Age II. Regardless, Dragon Age: Inquisition was vastly superior, and ultimately I think it even trumps Origins, though many of its strengths lie in very different places.

Massive, that’s what Inquisition is. The world, which focuses on the two kingdoms of Orlais and Ferelden, is a huge, sprawling place that stretches from haunted marshes in the east to desolate desert canyons in the west. It’s not an open world, but that’s easy to forget due to the impressive scale of each region. More so than its predecessors, Inquisition lets us explore the world on our own terms, with the game rarely nudging us in a specific direction. And it’s blessed with one of BioWare’s best characters, Sera.

While I’m writing about comebacks, I’d be remiss if I didn’t mention Diablo III: Reaper of Souls. Playing Blizzard’s lootfest now, it’s hard to imagine that Diablo III was once, well, a little bit shit. The death of the Auction House, complete overhaul of the loot system and the introduction of Adventure mode breathed new life into the disappointing ARPG. It’s almost a new game. 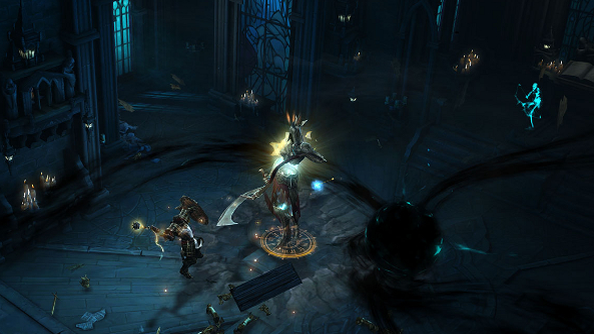 Reaper of Souls exemplifies the theme of so many of this year’s RPGs. Even those that make plenty of nods to older games have this new car smell. There’s a sense of newness permeating throughout the genre, with games cropping up that would never have appeared five or ten years ago, while RPG vets experiment, looking at the genre in new ways, or in ways that have been ignored for so long that they might as well be new.

And whenever one ended, there was always another just around the corner. Just in the last six months, it’s been ridiculous. Original Sin was followed by Wasteland 2, then nipping on their heels was Legend of Grimrock 2, with Inquisition ending the year with an extremely loud bang.

2015 will have a lot to live up to, but with the likes of The Witcher 3 and Pillars of Eternity releasing next year, some optimism would not be misplaced.