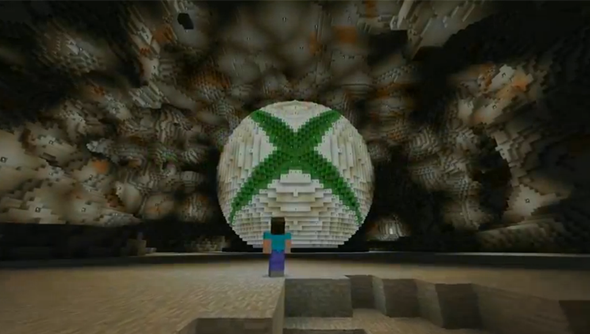 Hear that flapping noise? It’s the sound of bank notes whipping about above our heads. Microsoft acquiring Minecraft. Facebook acquiring Oculus. 2014 has been the year that the people with all the dosh realised that it was better to do something other than sit on it – and those somethings have meant seismic shifts for PC gaming.

In August, Microsoft revealed that it keeps $92.9billion “permanently reinvested” outside the US – ducking out of a potential $30 billion in taxes. It’s a canny but, ultimately, fairly boring thing to do with money. In September, however, they decided to do something more interesting with it.

Microsoft bought Mojang for a cool $2.5 billion, and the world’s most famous indie was freed from policing a game he no longer worked on (“I’m not a CEO,” said Notch. “I’m a nerdy computer programmer who likes to have opinions on Twitter”).

Simultaneously, one of the most important PC games ever made fell under the custody of a corporation. It was all a bit scary. But in time, perhaps the Microsoft deal will prove to be the best thing to happen to Minecraft – and Microsoft to be one of very few companies with the cash and capability to make the most of it.

There’s a lesson Microsoft learned many years ago: once you’ve built an empire on a genuine phenomenon, you don’t necessarily have to keep coming up with great ideas – you can buy somebody else’s instead.

It’s a lesson others relatively new to the games industry have been learning for the first time this year. In July, Mark Zuckerberg confirmed the $2 billion Facebook acquisition of Oculus VR. The effect on PC gaming was immediate and twofold. First, the move legitimised a device that had arrived on Kickstarter held together by duct tape – making the Rift a Silicon Valley success story and ensuring VR would happen as advertised.

And second, it woke us from our gaming-centric daydream. Once Zuckerberg started talking about studying in virtual classrooms ande consulting with doctors face-to-face, it became clear that VR wasn’t just for PC games anymore. It belongs to the whole world.

For a big money story born inside the games industry, consider Wargaming. In 2010, the Cyprian developers made a game about tanks. In the four and a half years since, that game has exploded and its creators have clearly had more cash than they’ve known what to do with – at one point funding an expensive and fruitless (although quite brilliant) expedition to Burma to uncover buried spitfires.

Meanwhile, the most tragic story in recent PC gaming memory began to unfold – Chris Taylor’s fight to save Gas Powered Games. The studio’s Wildman Kickstarter collapsed, and Taylor was forced to lay most of the studio off. But then Victor Kislyi stepped in and bought Gas Powered Games – an Eastern European upstart bailing out one of the grand old men of PC gaming while the established publishers stood by.

Kislyi has continued to hoover up studios since – the Wargaming studio in Tokyo was his fifteenth. Things have changed: a major publisher can quietly be built off the back of a single PC game – so long as it’s one with 80 million players like World of Tanks.

Whether it’s old money buying up the new, or new money buying up the old, this year saw corporations decide that it was better not to leave the stuff rotting in the Cayman Islands. We’ll be feeling the effects of that decision for years to come – in the way studios are run, in our games, and in our hardware.