Since approximately the dawn of time, the key anti-PC argument console gamers have been holding up on placards is that with an X-Station you can play from a comfy sofa on a “big-ass” TV, while we PC nerds are confined to desks and tiddly monitors. While that’s certainly not the big picture (PC-to-TV cables are a thing), it is true that for years PC gaming has simply worked better at a desk.

2015 was the year that changed. Thanks to diligent efforts over at Valve’s hardware division, this year we finally received a multitude of methods that make playing on a big screen so much easier. And now, as the year finishes, it’s as easy to hook up your PC to your TV as it is a console. And the PC has way more games. Winner.

The path to the current state of PC gaming in the living room started in 2014 as Valve launched Steam In-Home Streaming for everyone. The first iteration of the system was universally accepted as ‘a bit iffy’, but it was a real start. You could now run PC games on your rig and stream them to your laptop. Connect that laptop to your TV, and suddenly PC games were in the living room. The system was plagued by lag, but it worked. And if it worked, it could be improved. 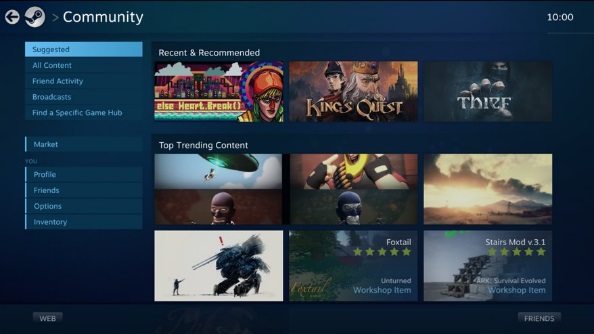 2015 saw In-Home Streaming improved drastically. Steam’s Big Picture Mode – the console-like interface that allows you to use the client easily on TVs with a controller – was overhauled and made much more intuitive. Lag still remained an issue over weak or busy wi-fi networks, but cabled connections fared so much better.

While In-Home Streaming is certainly a solid option now, it has one core problem: you need two computers. Even though the client PC doesn’t need to be much more than a typewriter, it’s still a requirement that you have two pieces of expensive kit. Thankfully Dr. Valve had a solution: enter the Steam Link.

The Steam Link, released in the final months of 2015, provides the perfect living room solution for PC gamers. The tiny and reasonably priced £40 box plugs into your TV, connects to your network, and streams 1080p 60fps goodness from your gaming PC with no fuss at all. It’s built on the In-Home Streaming technology, but it seems like having a gadget dedicated to the job performs much better than a client PC. Once again, a wired connection is the way forward, but that’s a small price to pay. Both myself and Fraser have sung praises for this marvellous little black box in our Steam Link review, should you want all the details on why it’s the best way to play. 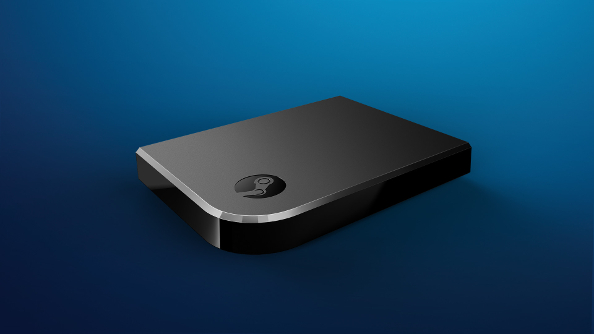 Steam In-Home Streaming, be that by Link or a client PC, is wonderful for people who already have a great PC. And considering that’s the majority of PC gamers, I think it’s pretty amazing that such a solution has come to pass. No more dragging heavy towers from room-to-room, no buying new overly-expensive hardware, no trying to find tiny components to fit inside a small-form case. However if you’re new to PC gaming, need a replacement machine, or just fancy being extravagant, then 2015 was also the year of the long-awaited Steam Machines: Valve’s answer to a console.

The first Steam Machine launched in the first half of the year in the guise of the Alienware Alpha, only it isn’t really a Steam Machine since it runs Windows instead of SteamOS. But it is a console-sized PC that can be controlled solely with a controller thanks to a combination of Alienware’s navigation UI and Steam Big Picture Mode. Except in instances when you need a mouse, which is something PC gaming sort of can’t leave behind. Our review was full of complaints, but we could see the possibility in the premise.

Seven months later, the first ‘official’ Steam Machines went on sale through Steam, the Alineware Alpha among them. There are currently six listed on the Steam store, starting at £449 and reaching up to typical desktop rig prices. Running SteamOS and using Valve’s bespoke keyboard and mouse-replacement Steam Controller, they’ve been purposefully designed to make PC gaming in the living room completely practical. There’s perhaps some negative feelings towards the pricing structure, but that’s more down to expectations that they’d compete with consoles. It’s worth remembering that this is still PC gaming, despite the sofa and big TV, and PC gaming will always have steep set-up costs. 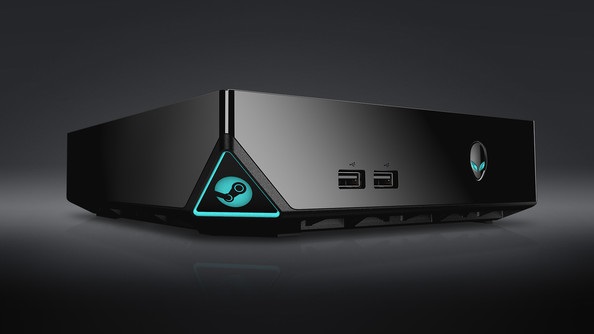 The key thing about this year and the PC invasion of the living room is understanding that PC gaming is inherently different to consoles. While Big Picture Mode makes using Steam as easy as the Xbox One and PS4 interfaces, a PC is not a multimedia machine in the same way the big consoles are (don’t expect easy access to Spotify, Netflix, and YouTube from a handy interface tile). It may be under the TV, but it’s still a PC, and that means all the issues that we’ve always had: launchers lacking uniformity, five different clients for all our games, and crash-to-desktop bugs.

But since you’re here reading PCGamesN, chances are you love PC gaming for exactly what it is, and it’s just an environment change you’re after. That’s exactly what happened this year. You can now play any PC game – ancient or this week’s release – on a 50” TV, and it’s absolutely wonderful.