It’s your first day on the job and you’re meeting the team you’ll be working with: a writer who refuses to change his script even though nobody likes it, an artist who spikes his hair like Wolverine, and a team of engineers who live in the basement and eat interns. Oh, and there’s a crowd of demonstrators outside picketing your new office. Worst of all, the boss refuses to wear shoes. What do you do?

3 out of 10 might not technically be the first blend of television and games – Netflix’s Bandersnatch came first and managed to turn a Twine game into prestige TV. But 3 out of 10 may be the first time a game has been designed to also be an animated sitcom, coming out each week and offering viewers the chance to jump into the action themselves. Perhaps the craziest part is, it’s actually funny. It’s also free, and the first episode is out today on the Epic Games Store.

The setting is what developer Terrible Posture calls “the world’s worst game studio.” They’ve never made a game that’s scored higher than a 3 out of 10, and there’s even a meter on the wall that tracks their aggregate review score. Bad things happen if it dips below three.

“Every week, just like a show, people can tune in, and play it and experience it,” Joe Mirabello, founder of Terrible Posture and designer of Mothergunship and Tower of Guns, tells us. Mirabello is also a veteran of 38 Studios, where he worked on Kingdoms of Amalur: Reckoning as a technical artist and environment artist. 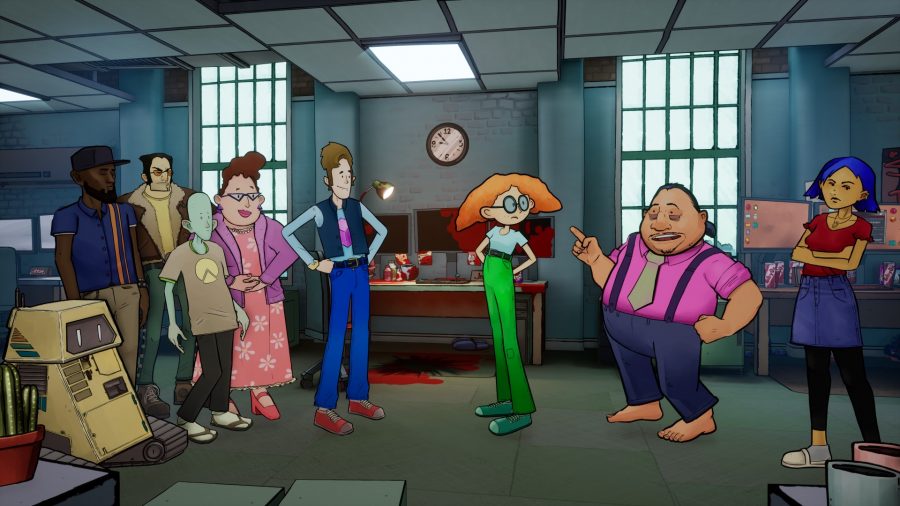 There’s a lot of Mirabello’s experience in game development present in 3 out of 10, which unfolds a bit like FX’s Archer. In an impossible workplace filled with absurd personalities, the jokes hit hardest when the cast are having the most down-to-earth and relatable conversations. As the show opens, the studio has just announced its latest game, Surfing With Sharks. The concept: it’s like one of those endless runner games, except this time? There’s an end.

“Reception has been wonderful,” Jeb, the shoeless boss, exclaims in an early morning all-hands meeting. “The internet loves it. That’s totally not true, but it’s good for morale to tell you that.” The other big news is the arrival of Midge, a newly graduated animator who thought she was showing up for an interview. It turns out, she’s replacing former animator Javier, who exploded.

“It’s company policy not to talk about Javier anymore,” says the boss. “Midge is the new Javier.”

In the first episode, you’ll play as Midge between scenes. The transition from pre-recorded animation sequence to playable game is seamless, aided by the fact that it’s all done in the Unreal Engine. 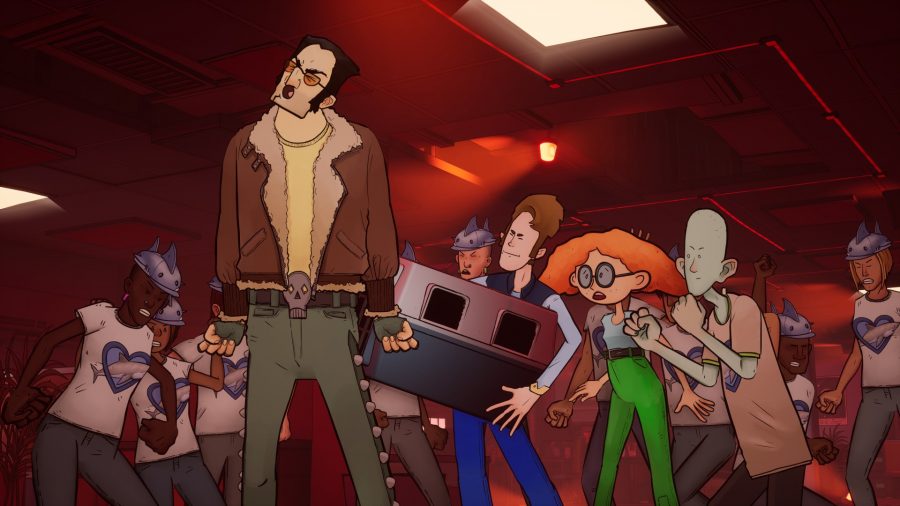 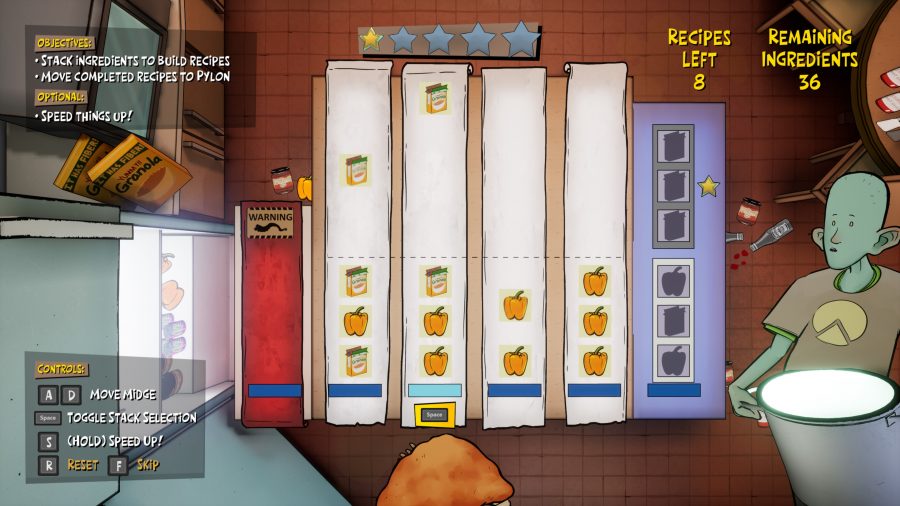 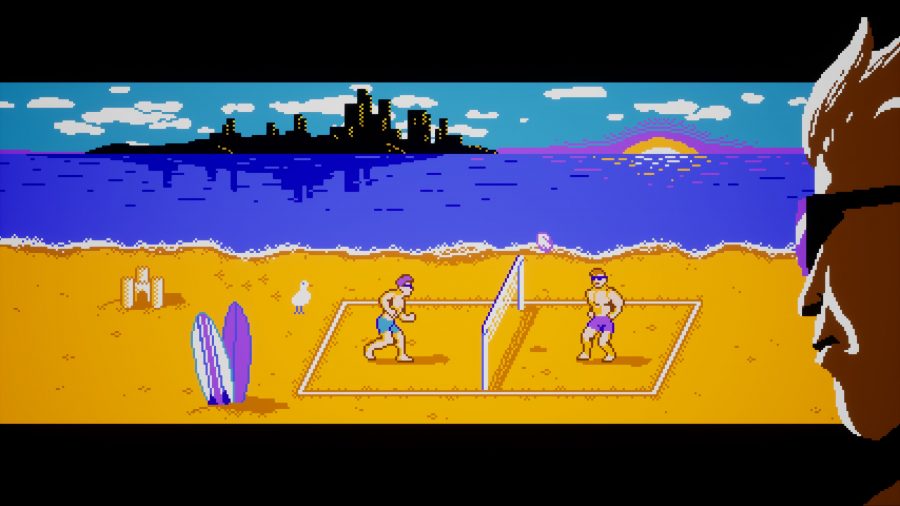 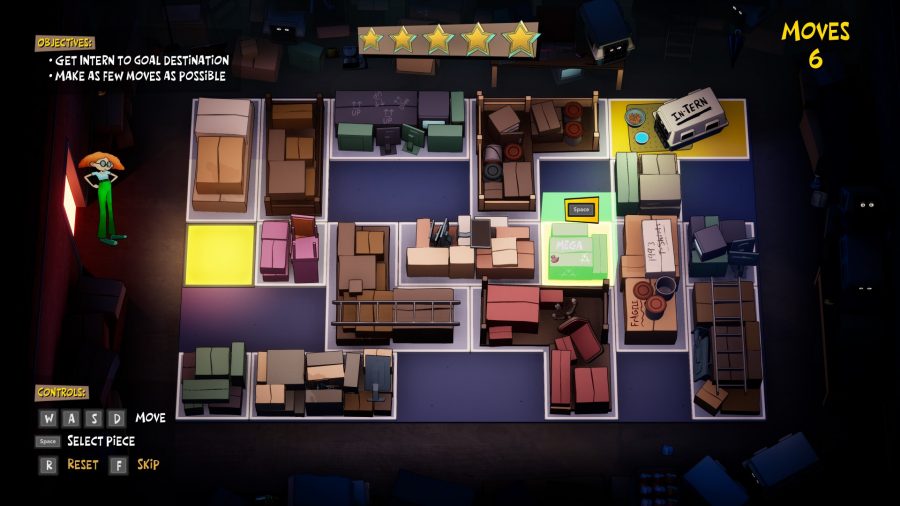 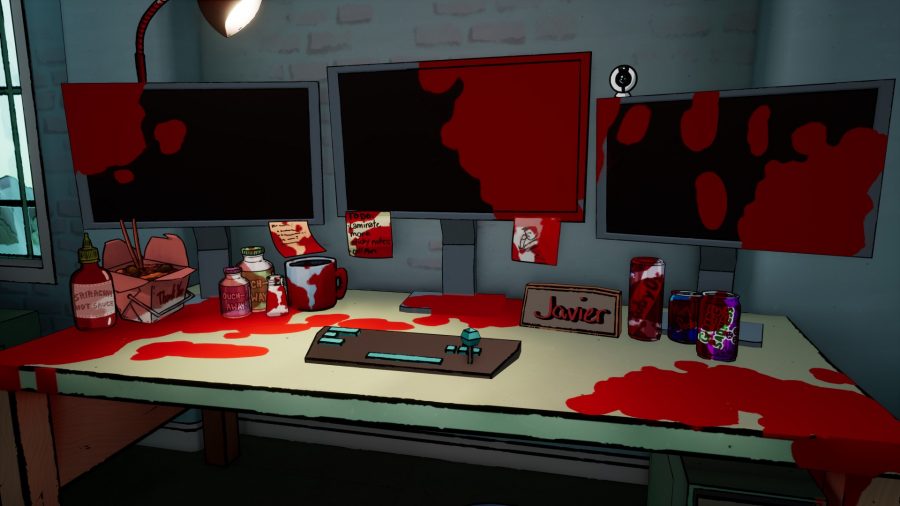 During the game sequences, you’ll explore the office and chat to your new co-workers, occasionally helping them out with a task that takes the form of a minigame. In one you might reorganise a supply shelf, in another you’ll help pose an action figure. Each episode of 3 out of 10 has its own selection of games, and you’ll be able to play through them, skip them, or repeat them to earn a high score and add to your collection of stars, which you can then compare against leaderboards.

Just about everything is optional and play-at-your-own-pace. Mirabello says the design is borne out of the enjoyment he got from the goofy, interesting environments and characters that typified classic LucasArts adventure games, but that the pixel-hunting that so often stopped progress was something he was happy to leave behind.

“I don’t miss that,” he says, reminiscing about the hotlines you could call in the pre-internet days that would provide hints on what to do next to advance the story in games like King’s Quest. “I miss the sense of humour. I miss the actual interaction with the environment. I miss all the funny things that you could click around in Space Quest – I loved that stuff.

“And combining that with gameplay that was a little bit more goofy and silly – you know, just provide enough challenge to the players that they feel like they are invested in winning,” he says. “But we don’t want that to be a barrier to experience the silliness here.” 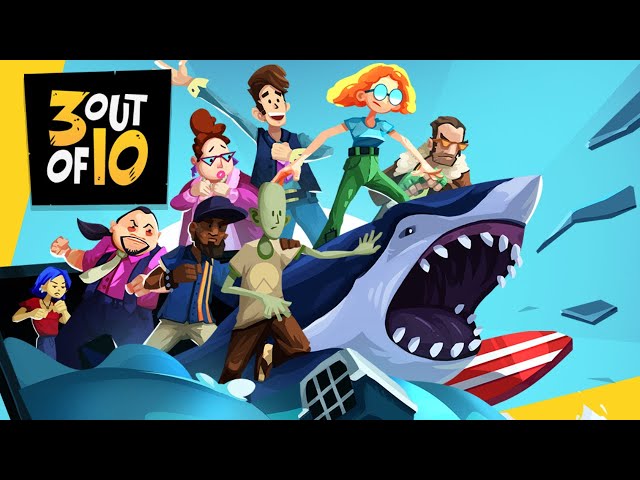 Things do get silly in 3 out of 10, and not everything is as it seems. Midge may or may not be an agent provocateur of some kind, and there’s… something that lives in the office refrigerator handing out soft drinks. Never mind the basement full of ravenous software engineers…

You can check out the first episode now at the Epic Games Store. And again, it’s free – all you have to do is download it. The first season has a total of five episodes, and a new one comes out weekly.