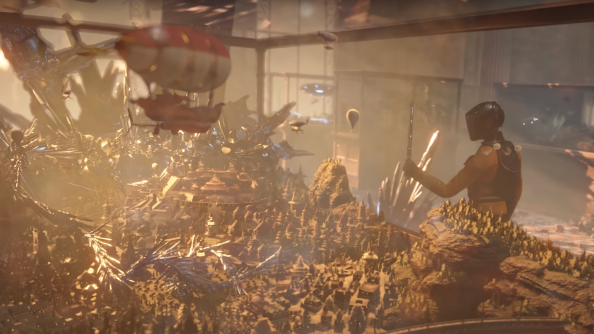 Wanna really punish your graphics card? Let’s go first-person then – here’s our list of the best FPS games around.

Futuremark have released a gorgeous new teaser for its upcoming DX12 benchmark, due to be added to all Windows versions of the testing suite very soon.

Until the release of 3DMark’s new Time Spy test all we’ve had is an ugly API overhead test, but this new benchmark has been created with a “pure DirectX 12 engine, built from the ground up to support new features like asynchronous compute, explicit multi-adapter, and multi-threading,” says Futuremark on its own blog.

That’s important right now because the new Asynchronous Shader feature in the DirectX 12 API could be the thing which allows AMD to really take the lead with this new generation of DX12-focused graphics cards.

AMD’s Radeon RX 480 is due to launch this week, June 29, and much has been made of its rumoured DirectX 12 performance, partly thanks to the new Graphics Core Next architecture’s Asynchronous Compute Engines.

The Asynchronous Shader feature essentially brings true multi-threading to our powerful graphics cards. There are a whole lot more ‘cores’ inside our GPUs (dubbed CUDA cores for Nvidia, Stream Processors for AMD) than you get in CPUs, making them ideal for computationally heavy workloads.

Our game engines haven’t really been taking advantage of that before DX12, but now GPUs will be able to take and process more commands simultaneously, and out of order, instead of just having them queued up in a pipeline fashion. That will make our game engines and our graphics cards far more efficient, and hopefully better at processing complex scenes. 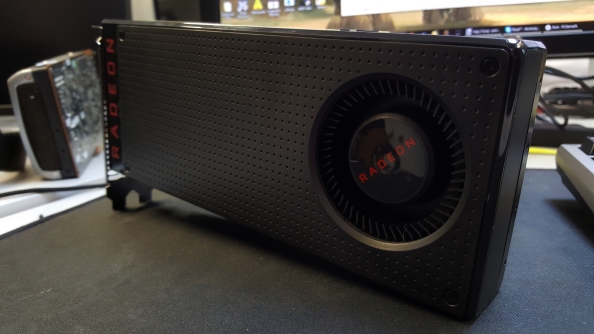 We will soon have a better idea of how the rival graphics architectures from AMD and Nvidia – Polaris and Pascal – perform against each other in this new DX12 future. Having independent benchmarks, created with input from both sides, is vital for giving greater perspective on relative performance.

It’s not just graphics cards such a ‘pure DirectX 12 engine’ will benefit though, as they ought to also make better use of the CPU threads in our machines too. We could soon see genuine performance lifts when pitting a resolutely quad-core Intel i5 against an eight threaded AMD FX chip.

And then maybe that deca-core $1,700 Intel Core i7-6950X might actually become the CPU of all our silicon dreams too…