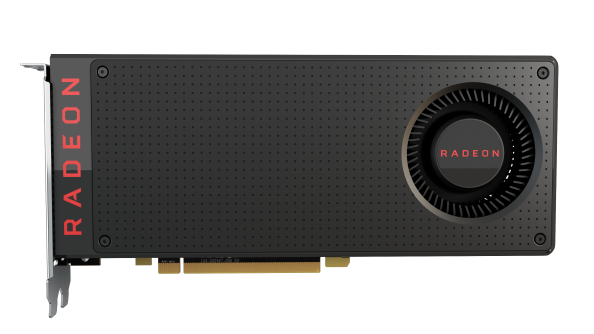 AMD has just unveiled the RX 480, their first Polaris-based graphics card. It’s an affordable GPU capable of going the distance with DirectX 12 gaming.

We’ve already put the card through its paces so go check out our in-depth AMD RX 480 review.

The AMD Radeon RX 480 is the manufacturer’s first new graphics architecture in years with the express aim of “making the next millions of gamers, PC gamers.” To that end AMD has created a GPU capable of rocking DirectX 12 games, at max settings, for just $229 (£215).

The AMD RX 480 is the first Polaris 10-based card they have released and it represents the full potential of the brand new 14nm FinFET chip. There’s the full 2,304 stream processors (shaders) across 35 compute units. The big boy card also sports 8GB GDDR5 memory across a 256-bit bus made all the more powerful by some neat memory and colour compression algorithms. 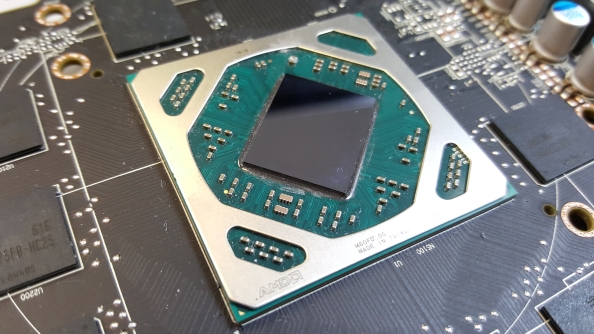 There is also a 4GB version available at launch, retailing for $199 (£180), though with AMD’s claims that the RX 480 is designed to bring right down the cost of entry to VR gaming then you’re probably going to want the extra performance headroom the 8GB card offers.

This time around though AMD has gone straight for the mainstream jugular, hoping to beat their big green Nvidia rivals to the high-volume GPU market. It reckons 84% of gamers only buy $100-$300 cards, so it’s looking to harvest as much of that cash as possible.

AMD is also set to launch two more mainstream variants in the future too, with the similarly Polaris 10-based AMD RX 470 and the Polaris 11-based AMD RX 460 following hot on the heels of this latest release. 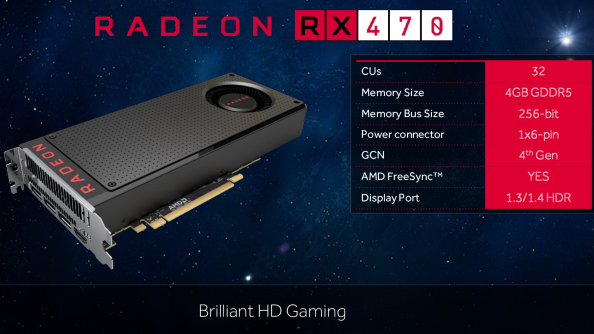 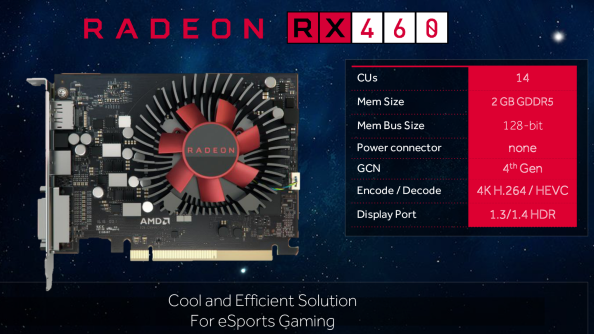 The RX 480 big brother to those cards is a decent gamer itself, capable of mostly besting a GTX 970 in a DirectX 11 contest, and utterly roasting Nvidia’s equivalent last-gen offering when it comes to the smattering of DirectX 12 tests we’ve got at the moment. You can check out our full raft of AMD RX 480 benchmarks for yourself.

On the UK side, Overclockers UK and Scan both have several models of the 480 on sale and in stock right now, and US readers can check Newegg and Amazon for their supplies.

It may not have long out there on its own though as rumours are circulating around the web of a certain new mainstream Pascal card’s release being accelerated to create some sort of big ol’ mainstream grudge match. We’ll be watching that scene play out with interest…and a box of slightly warm, sweet popcorn. Mmm.