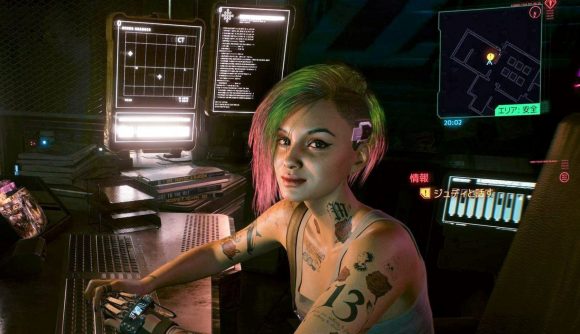 September 24, 2021 It looks like Nvidia has already fixed the issue with its latest driver.

Nvidia’s Geforce overlay is undoubtedly handy; especially if you like to keep tabs on your gaming PC’s performance or record gameplay. Yet, while Nvidia’s tools can help you boost fps, new benchmark figures suggest that it could be robbing frames from the likes of Cyberpunk 2077.

Highlighted by CapframeX, the overlay seemingly affects Cyberpunk’s frame rate when running on an Nvidia RTX 3070 Ti. According to the PC analysis tool creator’s findings, the dystopian RPG’s frame rate dips by an average of 2fps, with spiking lows reaching 33fps. The test also shows that, with the overlay off, Cyberpunk 2077’s frame rate consistently stays above 54fps, suggesting that using the tools affects performance during its most taxing scenarios.

CapframeX also clarifies that the GeForce Overlay wields the same results running both solo and in conjunction with other monitoring tools. While the company’s benchmark is based solely on Cyberpunk 2077, a quick test with Metro Exodus reportedly produced different results and “no measurable impact” on performance. This could mean that only specific games are affected by the overlay, or that Cyberpunk is specific GPU resource sensitivity.

CapframeX’s data will concern Cyberpunk 2077 fans looking to get every frame they can from the game. However, we’ll need to wait for more comprehensive tests involving different games and overlays before passing judgement on Nvidia’s utilities. As a follow-up, CapframeX says it plans to benchmark Cyberpunk with AMD’s Radeon overlay turned on, which should help narrow down the exact cause of the game’s performance issues.

Ultimately, unrooting the true cause of Cyberpunk’s Nvidia performance issues will require more benchmarking across a variety of games and graphics cards. Until then, it’s probably best to avoid playing the benchmark blame game.

Impact of the Nvidia Performance Overlay on the frame times can no longer be reproduced with the latest driver. I have tried several variants.@ManuelGuzman https://t.co/NaFH18Sdhq

Update: It seems as though the issue was only present on drivers before version 472.12, which released two days prior to CapframeX’s discovery. If you’ve experienced fps drops due to the overlay, updating your drivers should kick the problem to the curb, as the hardware tester can no longer replicate the issue.