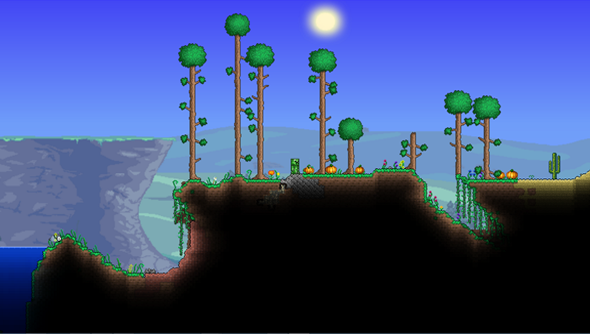 The patch notes are dense and longer than most players’ mines manage before succumbing to the creatures that lurk within, but hopefully some of these changes should let you keep going a little further.

For one thing, Medusa (one of the most-feared enemies) can no longer petrify you if you’re standing below her, also the gorgon will only appear in hard mode now (with the stats for Medusa’s Head buffed to compensate).

Also, time spent keeping your inventory in something resembling an order should be drastically reduced given the sort inventory option implemented with this patch.

For a full list of things changing for the better (and not worse, there’s not really any nerfs except for fixing housing exploits, which were only for DIRTY CHEATERS) you can check out the patch notes on the forums.

Here’s the changelog, beware of SPOILERS though: