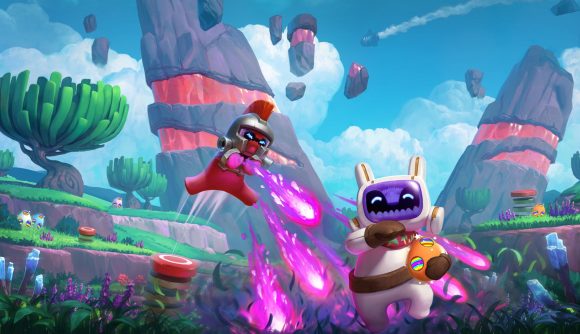 Lava Games is a brand-new studio launched with support from EA founder Trip Hawkins and Makers Fund with a bunch of former EA, Riot Games, and Dice devs across its global team, and it’s just announced its debut game has now opened Alpha sign-ups. Called A Far Away Realm, it’s a third-person, hero-based arcade platform shooter that’s kind of like what you’d get if Mario, Fall Guys, and Star Wars: Battlefront got a big ol’ mash-up.

The game’s development began back in 2020, Lava announces in a press release, and Alpha testing has now kicked off, with a limited number of founder packs up for grabs for the first 1,000, which offer early access to the title, “perpetual founder status”, and some hi-res posters signed by the game’s team. The game gets you to pick out your “adorable” hero player character, venture across a bunch of different, zany planets in its universe, and battle it out using magical abilities.

Designed to appeal to a wide range of players, it can be played casually or competitively, and it’s got pared-back controls, “explosive mechanics, and wacky physics” which add a “pinball-esque bounce to every step you take”, as the studio explains, with the mechanics and feel being something the studio has concentrated a lot of effort towards.

“Our goal is to achieve silly gameplay with the controls reduced slightly, creating an effect as if on a wet road,” Lava Games founder and creative director Kaya Tilev tells us. “The gameplay we want to achieve is ‘learned chaos’, which means a slightly slippery and bouncy character with exaggerated recoil and impact from weapons. 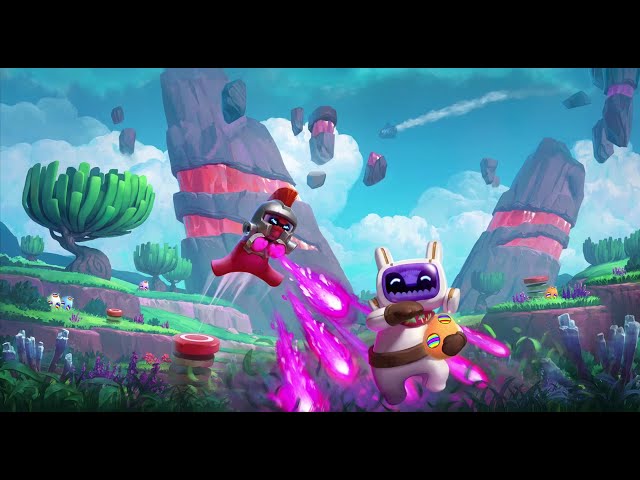 “This is important for us to stand out as a light-hearted shooter and attract fans that want something different to your typical Call of Duty shooter,” Tilev adds. “You can think of the feeling like a parody on the Ewok’s battle concluding Return of the Jedi! Ultimately, we wanted a bouncy map, that can be used as an advantage and create wacky gameplay that can be surprising and getting the right amount of fun versus controlled chaos is a work in process.”

On the topic of Star Wars, with veterans from Star Wars: Battlefront studios Dice and EA, as well as League of Legends studio Riot, in the Lava Games team, we asked about how their experiences working on other games might have helped shape A Far Away Realm and whether inspirations or influences of past projects they’ve worked on might have factored into it. “Definitely! For example, leaning on prior experience from Dice’s Battlefield 2, team members worked on weapon mechanics that are very tight but also too serious for A Far Away Realm,” Tilev tells us.

“Although A Far Away Realm is not a war shooter and likely closer to, say, a Fall Guys experience but with projectiles, we continuously asked ourselves: how can we make a particular weapon feel great and immersive? In addition to the weapon feeling, our sounds were made by the same group of people that worked on the sounds in the Battlefield series.” 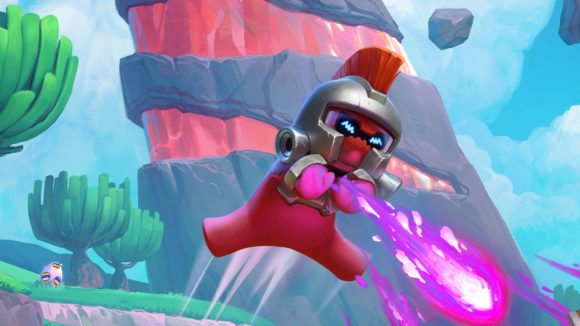 As for where the game will sit in the already competitive multiplayer shooter and platformer scenes, Tilev tells us, “Our first principle was to make a game that could be played and enjoyed by everyone. Whilst players of competitive games like Overwatch or Fortnite tend to be quite hardcore, we wanted a more light-hearted experience where players must not only battle each other but also win mini objectives via different tactics, such as shooting, teamwork, or using the world’s features to your advantage. That’s where the platformer aspect comes in – a skilled platform player can also hold his own by reaching objectives. Having a good balance between order and chaos in an arcade setting really is what captures the arcade feeling of ‘pulling off something special’ at the right moment.

“Lately, many shooters have been intensely focused on themes such as war or dystopian future, with either deathmatch or battle royale,” Tilev adds. “Instead with A Far Away Realm we decided to focus on a utopian future, where our heroes are playing matches for sport rather than purely kill count. We really asked ourselves a simple question: how would Fall Guys be with weapons and tighter controls? There are enough AAA serious shooters out there, we really wanted a game with less serious factor and moments we can laugh about with our friends – A Far Away Realm is a parody of shooters with some platforming.”

Tilev additionally explains to us that the Lava team has “taken a lot of inspiration from games like Mario Kart and Fall Guys, whilst implementing platformer gameplay where players can focus on minigames where having the most kills doesn’t necessarily mean winning”. 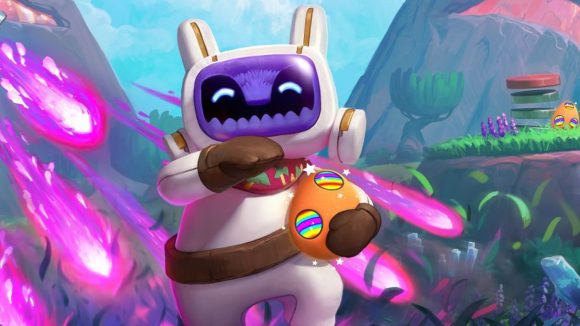 As for A Far Away Realm’s gameplay itself, Tilev tells us the team doesn’t want to spill all the beans just yet, but does give us a snapshot of what to expect. “A Far Away Realm in its first season will have eight heroes with unique abilities. Admittedly, we are also long time Star Wars fans, so we wanted to have some small size weapons in addition to the powers of the heroes. This allows us to foster different play styles, as well as teamwork. For example, healing your friends using special abilities, or a high-power rainbow blaster that knocks enemies off the map? You can expect to see players flying left and right from a precisely fired area weapon!”

A Far Away Realm is only early into development right now, so there’s no word on its release roadmap just yet, though Tilev does confirm it’s headed to PC and that we’ll see some betas before the game later hits early access. For now, if you’re keen to sign up for the Alpha or find out more, you can head to its Discord channel at that link, and be sure to check out our rundowns of the best platform games and best multiplayer games for something to try right now.