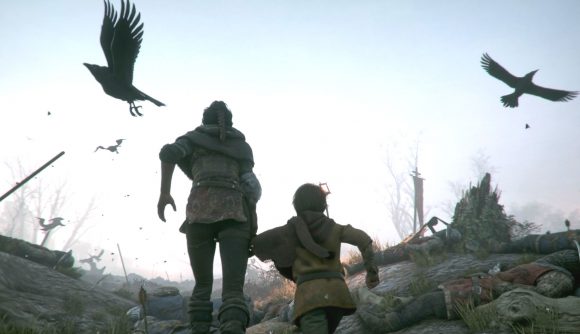 Just over a year after launch, A Plague Tale: Innocence has hit an impressive new milestone – the number of copies the medieval-style action-adventure game’s shifted around the world is now into the millions. And, if you’re yet to try the game and thinking of picking it up, developer Asobo Studio and publisher Focus Home Interactive have some good news – it’s on sale for a whopping two thirds off on Steam right now.

The news comes via a press release, in which the studios announce the 2019 stealth game’s sales have now surpassed the one million mark worldwide. Phwoar. “The entire team at Asobo Studio is extremely proud of the path A Plague Tale: Innocence has taken in one year, with Focus Home Interactive by our side,” says chief creative officer and Asobo co-founder David Dedeine.

“Every day more and more players are discovering the story of Amicia and Hugo, which is for us the greatest source of motivation,” he adds. “We can’t wait to bring other adventures and strong emotional experiences!”

It’s possible we could see more of these “other adventures and strong emotional experiences” in a sequel, which was rumoured to be in the works last year. At the time, Focus told us: “Of course, we announced last year we are partnering with Asobo for a future project but never confirmed if it was a sequel to A Plague Tale or not – and will give more details on that title when the right time comes.” So, A Plague Tale 2 is far from confirmed at this point, but an announcement doesn’t seem to be off the table, either.

We're thrilled to announce that A Plague Tale: Innocence has sold over a million copies worldwide!

This wouldn't have been possible without our community and we'd like to thank every one of you for supporting the game and @AsoboStudio ❤️🐀! pic.twitter.com/YQacwAemIo

If you haven’t yet delved into the tale, check out our A Plague Tale: Innocence review to find out what’s in store. If you decide to pick it up, now might be a good time as it’s currently 66% off as part of the Steam Summer Sale 2020. The discount ends July 9, so be quick if you want to scoop it up.