When a game firmly in a developer’s wheelhouse doesn’t quite come off, as Total War Saga: Thrones of Britannia didn’t for Creative Assembly, it can be a shock. Not just for fans and critics, but for the team behind it.

“We weren’t expecting Thrones to be perfect for everyone, given how much we were changing and experimenting with,” Thrones of Britannia game director Jack Lusted tells us. “Some degree of people going, ‘This isn’t the game for me,’ was expected. But it was still a surprise that there has been this mixed reaction.”

The Total War studio has a tried and tested system for working out whether its strategy epics are on track before release. Internal feedback is given to gauge quality during development, and a closed group of devoted fans test the game before the rest of the public. “From that feedback we were hitting the level we were expecting,” Lusted says. “But with the mixed reaction from fans it was clear that maybe there was something missing from our feedback loop. We don’t know, we have to look at it.”

Before Thrones, Lusted’s team worked on Total War: Rome II’s DLC and updates, and it’s tempting to look to that game as a point of comparison. Alongside Empire, Rome II is infamous in Creative Assembly’s catalogue for launching in a disappointing state. But what’s unique is what followed: a concerted and explicit effort over years to fix all of its issues. It’s been extraordinary to see both a developer and its community hold firm for half a decade to the idea of what a game could be. 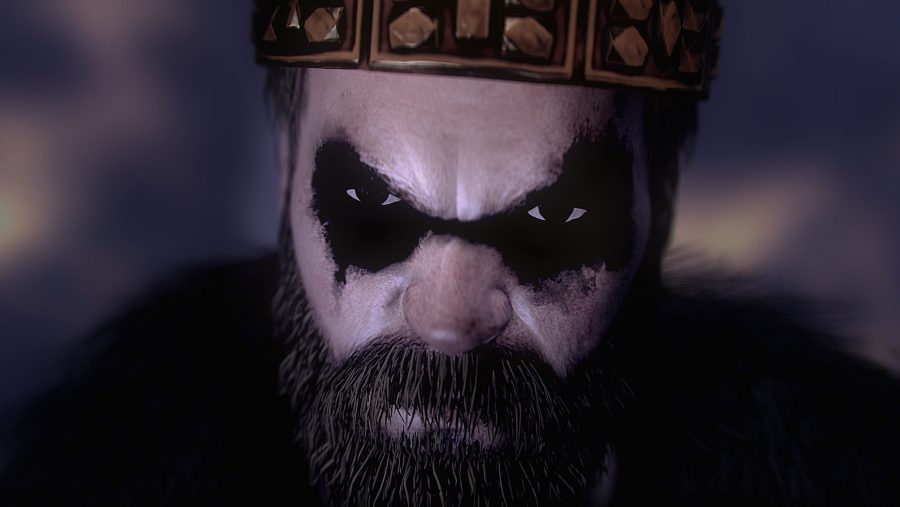 While Thrones of Britannia has had a far gentler reception than its predecessor, it is benefitting from a similar process of reevaluation and repair. This week’s Allegiance update is named for a new set of systems that fill a hole players felt was missing. Comparable to the Religion and Culture systems in Rome II and Attila, Allegiance tracks loyalty to factions and makes sense of some of the quirks of Thrones of Britannia’s unusually small-scale campaign.

Since the game takes only the British Isles as its play space, the map is magnified. Minor settlements aren’t towns or cities but tiny villages, without any garrisons to protect them. That makes it easy for any army to swoop in and claim a settlement, creating a back and forth between the game’s factions. But at launch, taking back a village you’d lost the previous turn would cause you to take a hit to public order, and that didn’t feel particularly fair.

We still stand behind the core design idea for Thrones

Now, though, settlements are influenced by Allegiance – if you’ve held a village for most of the game, its Allegiance won’t change overnight and the locals won’t mind you moving back in. But if an English faction is taking over a settlement in Ireland, they will have to deal with public order issues for many turns to come. 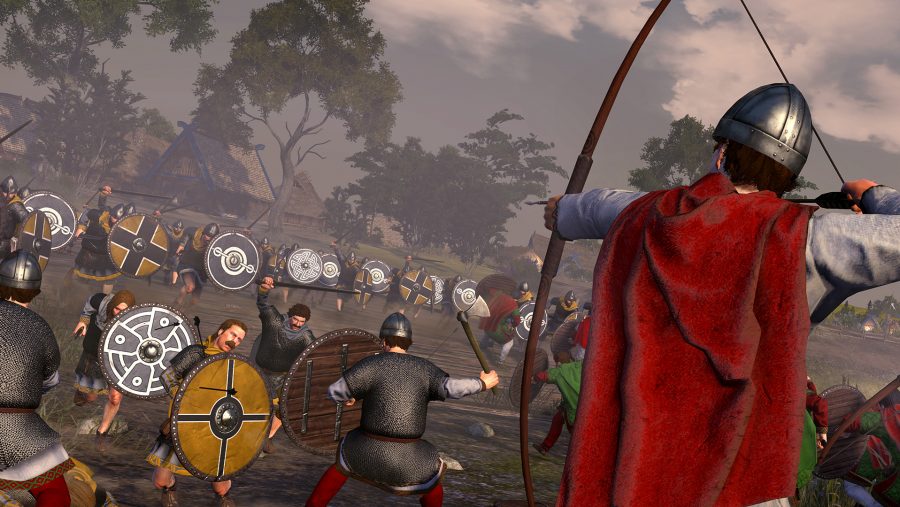 Another common complaint about Thrones of Britannia was the passivity of its campaign, which could leave you waiting for events to occur rather than intervening yourself. Creative Assembly has combated that issue with Decrees, a way to pass a turn with a pronouncement that grants you a temporary bonus. Warhammer II players might know that idea under another name: Rites.

Slotting in systems where players of other Total Wars have come to expect them is one thing, but the studio is wary of changing the nature of Thrones of Britannia. Released under the experimental Total War Saga banner, this was always designed to be a game that fiddled with the formula.

“We still stand behind the core design idea for Thrones,” Lusted says. “With Total War having existed as a series for so long now, we’re keen to make sure we’re not standing still. There was a bunch of stuff that we wanted to try out, and having this focused era seemed perfect to make a lot of changes. It was all about shifting the focus of players’ time, with a lot more emphasis on characters and how you use them within the provinces. We really wanted to work more on getting all the systems to feed into each other better and make that gameplay loop stronger.” 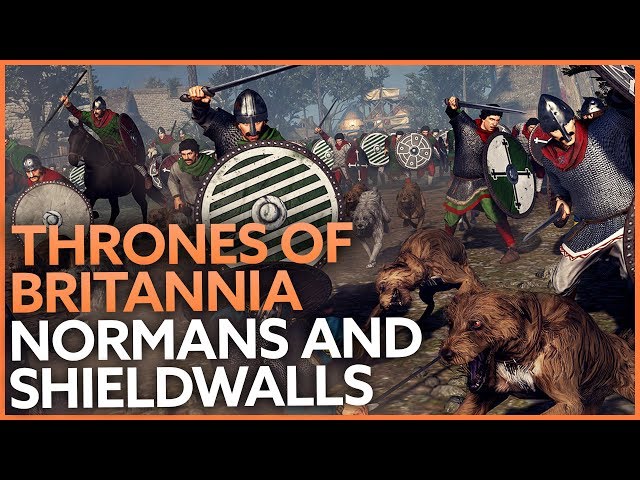 If you visited the Total War subreddit a couple of weeks ago, you would have found an Allegiance update’s beta tester claiming the patch has made Thrones of Britannia the best historical Total War ever made. They describe a unique game in which you carefully plan each of your wars; a campaign that rewards patience and punishes carelessness.

“It was great to see that,” Lusted says. “Because Thrones has gone a bit quiet in terms of playerbase, it’s nice to see a post like that come up. I certainly think that a lot of people will see the changes we’ve done and hopefully feel the same, that the game has come together well. But we won’t know until it lands.”

Thrones of Britannia’s Allegiance update is now live and available with the game through Steam.