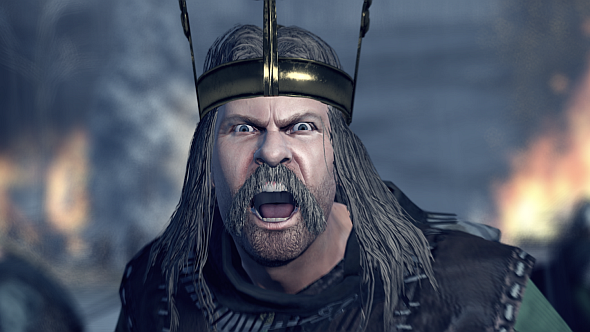 Thrones of Britannia, the first in Creative Assembly’s new Total War Saga series, is available now. There’s also a new launch trailer for the game which you can check out above.

Here’s everything you need to know about Total War Saga: Thrones of Britannia!

The developers are quite excited about their new Total War spin-off series. Game director Jack Lusted says, “our design philosophy [for Saga] has been one of re-invention and focus, looking at classic Total War mechanics and consolidating them to deliver more meaningful choices for the player. We want everything to tie together in a natural and absorbing way that faithfully represents this fascinating flashpoint in history.”

Thrones of Britannia takes place in Britain around 878 AD, after Alfred the Great’s victory over the Viking invaders. Players can take control of Vikings, Gaelic clans, Welsh tribes, or Anglo-Saxons, and will fight to take control of the British Isles.

You can read all about Total War Saga: Thrones of Britannia in our review.