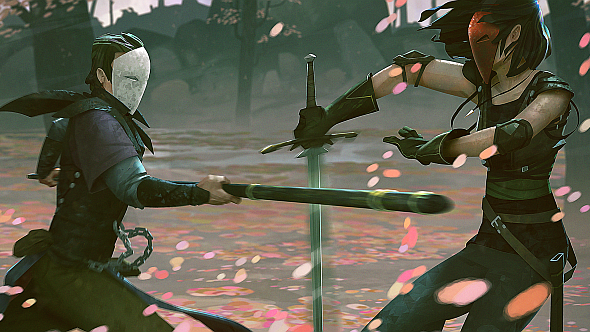 You can now sign up to test forthcoming martial arts RPG Absolver.

What else are we looking forward to? Here are some of the most exciting upcoming games on PC.

Absolver is a fusion of a fighting game and an action-RPG, developed by Sloclap and published by Devolver Digital.

Redolent of For Honor, Dark Souls and your favourite beat-’em-up, its combat system is based on martial arts fighting. You can customise your move set by changing cards in your ‘combat deck’, switch between four different stances during fights to access new moves, and weave together custom combinations of strikes, parries and feints.

You are a Prospect, one of many warriors seeking to join the Absolvers, an order of peacekeepers. In your quest to prove your worth, you’ll travel across the interconnected environments of Adal, duelling other players and computer-controlled NPCs. Solo, cooperative and competitive play are all available in the same campaign, and progress will unlock new equipment, fighting styles, and weapons, typically dropped as loot by your vanquished foes.

For more, check out this recent PvP gameplay. If you like what you see,head to the website to sign up for the beta. Absolver is due for release later this year.