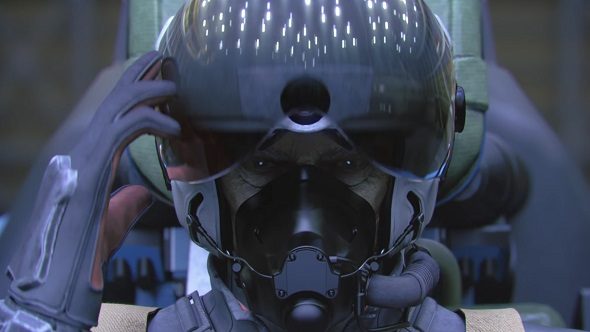 Check our upcoming PC games list to keep everything locked on.

Once again, the game will have players piloting advanced aircraft in dogfights among the clouds, all presented in photorealistic visuals courtesy of Unreal 4. It’s not clear how much of it is actual gameplay, but it certainly looks impressive in the trailer above.

This being Ace Combat, all this will all be justified in the campaign by some kind of story that you probably won’t care about. Sunao Katabuchi, the writer for both Ace Combat 4: Shattered Skies and Ace Combat 5: The Unsung War, is returning to pen this narrative.

You can also take the action online, dogfighting with your pals in explosive multiplayer battles.

There’s no release date yet.