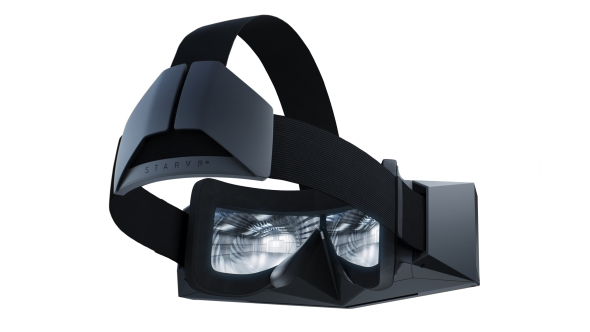 Acer have partnered with Starbreeze to bring their 5K virtual reality headset to market and have just hit their first big milestone – actually shipping product to customers. Or rather, customer, because unfortunately IMAX have gone and snaffled them all up.

A 5K VR headset is going to need some serious GPU power, check out our take on the best graphics cards of today.

In reality (actual, not virtual) Acer promised their first batch of StarVR headsets would be seeded to IMAX’s VR experiment, but have committed to getting volume shipping of their exciting new VR headset going in 2017. For now though the IMAX VR Center in Los Angeles will be the first to get delivery of the StarVR HMDs, with others opening later on this year in Shanghai, London and New York.

Far be it from me to call it a doomed cinema VR experience, but the IMAX VR Centers are designed to offer supplementary experiences to a standard IMAX cinema jaunt with the weak tagline: “watch the movie, then walk into the movie.” IMAX are expecting film-lovers to almost double what they’d pay for a movie to then step into a room next door to the main theatre once the credits start crawling up the cinema screen, strap on a StarVR headset and get involved in a short 360° presentation based in the same universe as the film they’ve just sat through.

Actually no, I’m going to call it – that’s a doomed cinema VR experience.

But why is the StarVR headset the one being courted by IMAX and why should we care about it? Because it is technically the most advanced, and potentially most immersive, HMD that’s been announced. The headline specs for StarVR are its 5K resolution of 5120 x 1440 – delivering 2560 x 1440 per eye – and a 210° horizontal field of view. 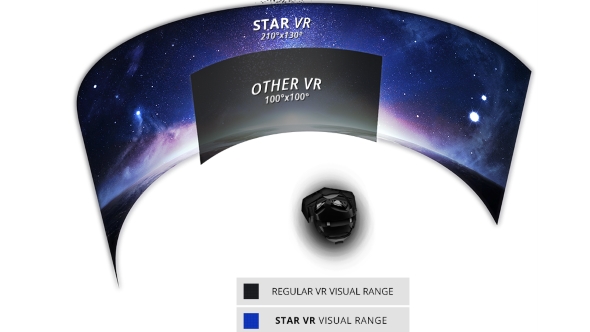 The combination of high resolution and super-wide FOV makes it a perfect fit for IMAX. The current crop of VR headsets are sporting an FOV of around 100-110° which feels more like looking through a window than actually being there.

I’ve found that a real problem with the Vive, where the low resolution and cramped FOV are a real barrier to my feeling of gaming immersion. Right now I’d rather have a TrackIR strapped to my head and a beautiful, high-resolution, high refresh rate ultrawide monitor sat on my desktop. 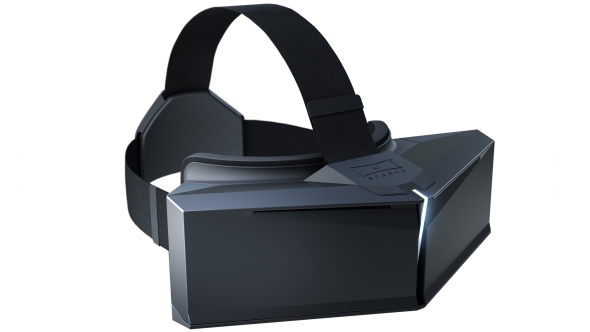 But the StarVR headset might change my mind if it can tip up with the sort of image quality and positional tracking that it has been promising. As Acer have said, full volume shipping will begin next year, but we still have no idea what the cost is going to be – nor what the system requirements are going to be for the uber rig you’ll need to run games at 5K and at 90Hz…