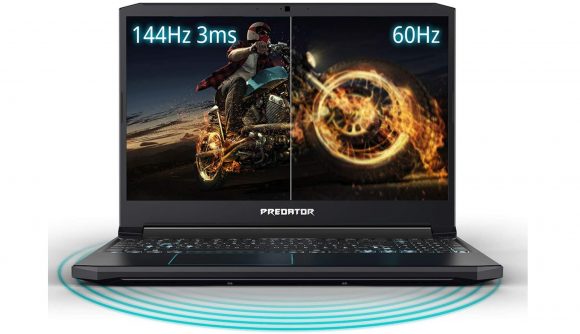 Gaming laptops are coming into their own lately, with Intel Comet Lake-H and AMD Renoir CPUs, and refreshed Nvidia Max Q GPUs all offering fantastic laptop upgrades. But this also means that those laptops not using any of these new components have been subject to some pretty significant price cuts, making for some incredible value offerings. Laptops just like this Acer Predator Helios 300.

It’s not only great for esports titles, of course – this laptop can play any modern, graphically intensive game on high settings at a comfortable frame rate – but its 144Hz screen and low response time, combined with its CPU’s powerful single-threaded performance, make for a machine that’s uniquely suited to esports titles like CS:GO or Valorant.

The Core i7 9750H is a powerhouse of a laptop CPU, with 6 cores, 12 threads, and a boost clock of up to 4.5GHz. Most online esports titles are fairly CPU-intensive in comparison to many single-player games, due to them requiring complex CPU calculations to be undertaken more often to work out player-to-player interactions, for instance. 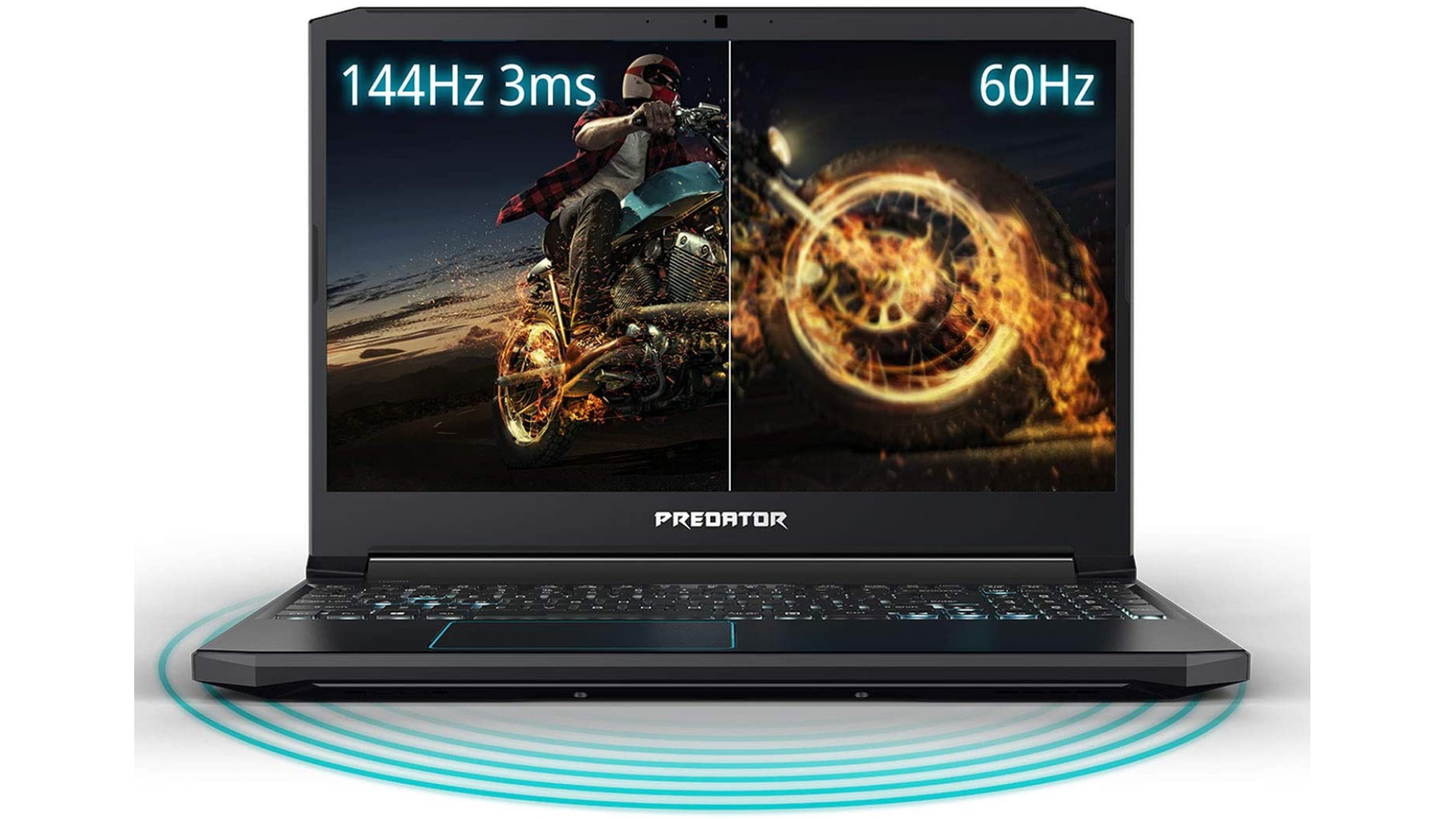 Combine the powerful CPU with a GPU capable of rendering any modern engine’s graphics with ease, and you have one hell of a machine – but that’s not all. The main thing that makes this laptop a great esports option is its 144Hz, 3ms screen. Some of the best gaming monitors offer the combination of high refresh rates and low response times, and for good reason.

A 144Hz monitor means that if your game runs at a high frame rate (as it surely will running on this laptop), every last one of these frames is displayed on your screen, making for a smoother gaming experience that doesn’t miss out on those crucial frames where the enemy’s head is placed right under your crosshair. Combine this with a low response time that reduces motion blur, and you have a screen that shows all the action as smoothly and as clearly as possible. Perfect for competitive online gaming.