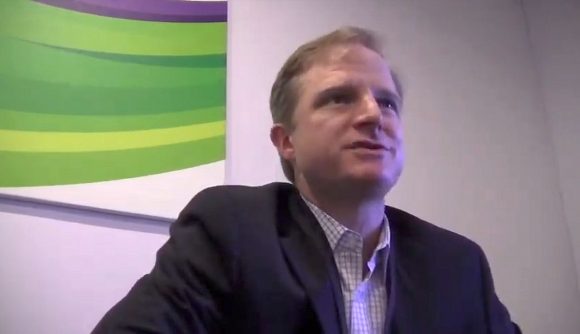 Less than a month after it was reported that Activision had told Blizzard to cut costs, it is paying its new chief financial officer a signing bonus worth $15 million (distributed as $3.75 million in cash and $11.3 million in restricted stock tied to performance targets, according to Bloomberg). That's on top of a $900,000 salary.

The lucky recipient is Dennis Durkin, who previously served as Activision-Blizzard's CFO for five years until May 2017. Durkin replaces Spencer Neumann, who is taking the same job at Netflix – his contract at Activision barred him from speaking to other potential employers, so he was fired as soon as the news became public.

Maybe, at the highest echelons of the corporate world, these kinds of inducements are actually necessary to attract and retain top talent. But they do stick in the craw a little when, according to reports from Kotaku and Eurogamer, Activision told the Blizzard side of its business to cut costs, release more games, and was even paying employees to leave in a voluntary severance scheme.

The past few months have been pretty turbulent for Activision. A number of senior execs have left, and in handing publishing control of Destiny back to Bungie, it effectively abandoned one of its highest-profile IPs.

Activision’s stock dropped 7% after that news – worsening a downward trend that was accelerated by the Diablo: Immortal reveal at BlizzCon last year but which first set in about a month prior to that. And given the thin state of Activision’s release calendar, it’s difficult to see any immediate prospect of it turning things around – yes, Sekiro is likely to be good, given director Hidetaka Miyazaki’s form, but it’s unlikely to be a money-spinner of the kind Destiny was hoped to be.