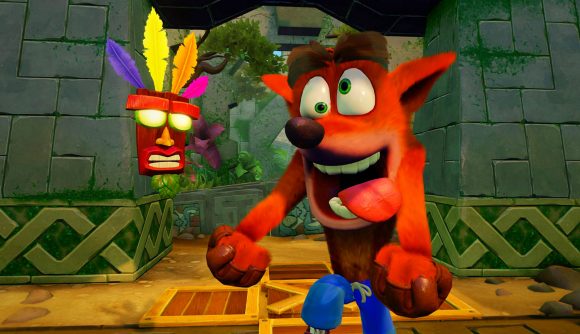 Call of Duty: Modern Warfare and World of Warcraft publisher Activision Blizzard has this week held its Q1 earnings call and, alongside confirmation that “the next premium release for Call of Duty” and World of Warcraft Shadowlands are still on-track to arrive this year, it has some other intriguing news to share. There are two titles based on the publisher’s “extensive library of IP” on the way.

That’s according to chief financial officer Dennis Durkin in the call (via Fool’s transcript). “Turning to the second half of the year,” he says, “our planned slate includes a new Call of Duty premium title, two releases based on our extensive library of IP from Activision, and Blizzard’s Shadowlands expansion for World of Warcraft.” However, there are no details on exactly what these two mystery titles might be in the call – and given the publisher’s pretty giant catalogue, it’s tricky to guess.

Given the success of some of the publisher’s remasters and reboots in recent years, however, it’s possible we could see more of this kind of thing on the way.

In an earnings call last year, Activision announced that Crash Bandicoot N. Sane Trilogy had at that time sold ten million copies, with CEO Bobby Kotick saying: “When you look at our IP library, we think there’s a lot of IP in there the fans are going to want to experience again. So now what I’d say stay tuned for some future announcements”.

Executives shared a bit more details in the way of its pipeline. This includes a curious line:

Two titles based on “library IP from Activision”

You have to expect one of them to be Crash. What about the other? Spyro?

I know fans are hoping these are true. pic.twitter.com/dchjsgM1L8

While this latest news isn’t quite an announcement of two specific titles just yet, it looks like we won’t have to wait too much longer to find out what they are, given they’re expected to arrive at some point this year.

As for the new Call of Duty game referenced in the call, the news isn’t totally unexpected, but it’s not yet clear what this might be, either, though there have been plenty of rumours recently. For example, that Black Ops 5 might actually be Call of Duty: Vietnam. This isn’t confirmed so, like the other two “library IP” titles, guess we’ll have to wait and see.