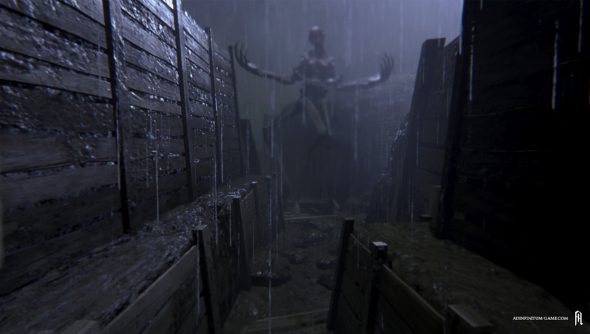 You may remember Ad Infinitum from a frankly terrifying series of artwork and trailer from this time last year, now it’s resurfaced with some creepy new shots.

For games from the next generation of warfare, here are the best WW2 games on PC.

The Unreal Engine 4 game started out life as a final year project for some HAW Hamburg university students who have now gathered under the studio label StrixLab.

This latest update reveals new screenshots as well as a demo in the works, which sadly will not be playable at next week’s E3, but we should keep our eyes on the show for more footage of deathless horror on the battlefield.

“We plan to finish the demo within the next two weeks (right NOTon time for E3),” writes StrixLab’sMaik Helfrich.”The next step will be a closed alpha test to see how players react, so expect to see some moving images during and after E3!” 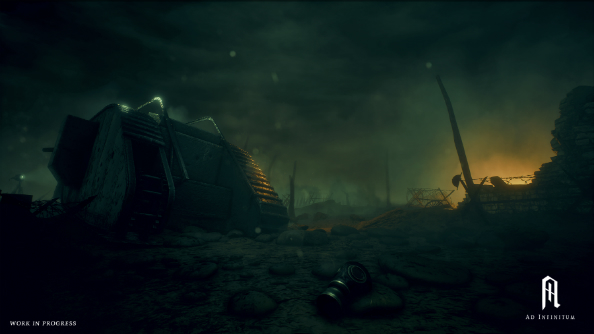 The game itself is a pure horror with zero combat, set in the trenches of Europe’s bloodiest war. Without the means to defend yourself from long-fingered abominations, trenches become a maze to sneak through and puzzles to solve.

Half the battle for a horror game is establishing an atmosphere, so if the latest shots maintain through to the end of development then you’ll be needing your own field medic.

The lighting system appears to be improved from earlier shots (such as the header used for this article) and is proof of what a small graduate team can do with UE4.

Below is last year’s trailer for the game, featuring a few cool scripted jump scares: