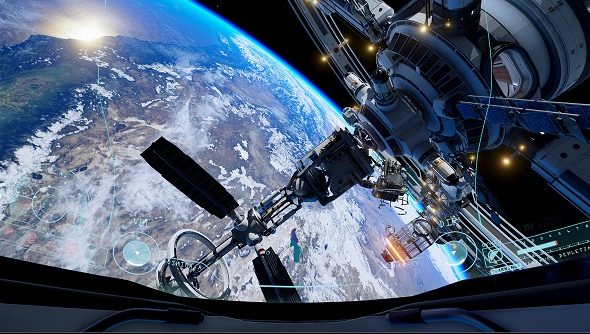 Space and virtual reality – sounds like a match made in heaven (or, more accurately, outer space), doesn’t it? The all-immersive 360-degree vision offered by VR seems like the perfect way to capture the vastness, solitude and beauty of the final frontier. After a hands-on with Adrift and the Oculus Rift, it can also be confirmed that it’s equally great at capturing the claustrophobia, agoraphobia and astrophobia of floating around in the cosmos.

For more games set in places where nobody can hear you scream, check out the best space games on PC.

Disconcerting though that may sound, Adr1ft is also one of the most mesmerising and finely detailed VR games so far, and an impressive frontline title to launch alongside the Oculus Rift later this month.

What do you need to play it? 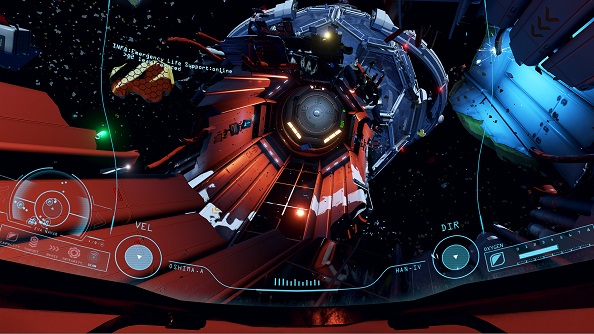 For the VR version, you’ll need a powerful PC and the Oculus Rift headset, amounting to a good $1500 worth of gaming hardware. The price predicament is one shared by all VR games of course, and on the bright side, once you’ve set yourself up with a VR-worthy rig then you can be damn sure that it will run non-VR games swimmingly for the next several years.

Adrift also comes in a non-VR flavour, which will be available to download on Steam for $20. This will also give you a free key to play the VR version via Oculus’ gaming platform, Oculus Home. While Three One Zero co-founder Adam Orth says that they’re still looking into the possibility of the Oculus Home version having its own price tag, that’s not been decided yet.

Orth is also keen to stress that Adrift isn’t an Oculus Rift exclusive, and will be coming to other VR platforms and consoles. However, he remains coy about whether it would be coming to the HTC Vive.

What do you do? 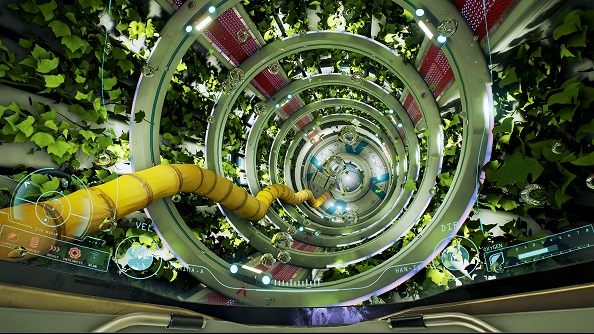 Explore a destroyed ISS-type space station in zero-gravity conditions, trying to work out what the hell went wrong and – most importantly – making sure you don’t run out of air by taking hits from the oxygen canisters floating around the place.

The first few seconds of Adrift are breathtaking, as you come to in a large glassy room, floating amidst plenty of exceptionally pretty and detailed detritus, with the curvature of the Earth visible outside the window. Moving your head around lets you look at different parts of the UI in your space helmet, which includes a radar with objective markers to the bottom-left, and the ever-crucial (and ever-depleting) oxygen bar to the bottom-right. Movement is achieved by holding the various booster buttons, while directing yourself with the analog sticks.

You’ll quickly learn to be sparing with your boosts, as these rapidly deplete your suit battery/oxygen supply. Being gentle with your boosting also keeps the game nice and slow-paced, letting you admire the oft-stunning surroundings, rather than jerkily jetpacking through the game (which is a fast track way to making yourself feel sick – but more on that later).

The broken-up parts of the destroyed station are separated by spectacular segments of open cosmos that you can explore pretty freely (until you die of suffocation), which make for a nice contrast of enclosed and stunningly vast environments. As you progress, you’re free to listen to audio logs, check out various side-rooms, and read computer entries to flesh out the story and find out more about your fallen crew members.

Combined with occasional moments of radio music or transmissions from earth, Adrift is best compared to a walking simulator, but one in which you’re floating rather than walking, and constantly struggling to survive. There are elements of horror to the experience, but purely of the claustrophobic, ‘how do I survive this?’ kind, which in its own way is far more realistic and immediate than anything involving zombies or aliens. 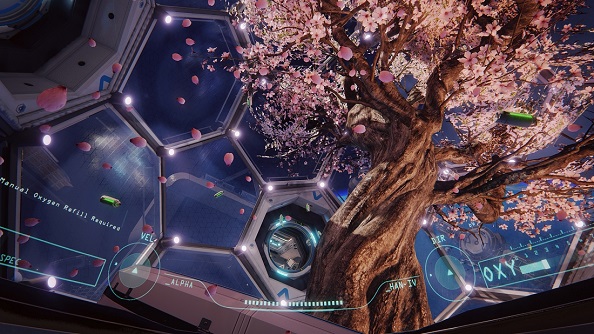 It’s certainly immersive, and technically impressive. The debris floating around is incredibly detailed, and I couldn’t resist floating into most of the objects I found – ranging from glistening packs of space food, to water bubbles in one area, to personal items like footballs and plants – just so I could see them up close before they bounced gently off my helmet.

The movement is (judging by my single viewing of the film, Gravity) realistic, and the controls don’t take long to get to grips with adapt, and can best be compared to a far more refined version of the classic cavern FPS Descent. With that said, there’ll be a lot of people who find the floatiness a bit hard to stomach, particularly when you’re doing astro-aerobic moves and abusing the 360-degree movement available to you.

Compensating for the uneasiness endemic to Adrift’s movement and setting is the fact that it mostly lets you dictate the pace. Yes, you have to watch your oxygen at all times, but there are enough canisters around that how quickly or slowly you progress is mostly up to you, and the fact that there’s often more than one route to a destination brings a welcome element of autonomy to the experience.

Does it make you sick? 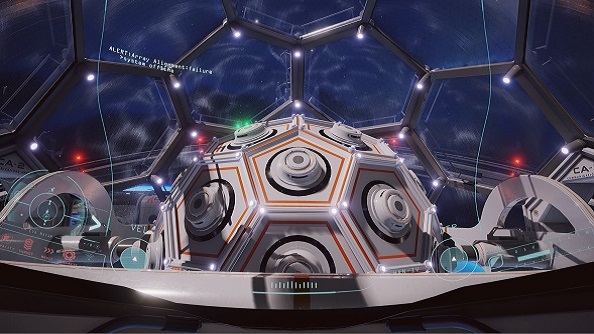 As someone who hasn’t suffered from motion sickness in VR games up to this point, I always suspected that a floating-through-space exploration game where I’m constantly in need of oxygen would be the biggest test of my constitution yet. And I wasn’t mistaken…

In hindsight, I was probably a bit silly to get over-excited with my ability to do barrel rolls using the bumper buttons, which I quickly regretted after about two rolls as my excitement was replaced by an unpleasant wobble in my stomach – my body’s warning to me that I should stop messing around with my centre of gravity otherwise it’d make my next 45 minutes of gameplay a living hell. From that point on, I was extremely wary of moving too fast or suddenly for fear of coating the VR setup with remnants of my most recent meal.

Thankfully, I managed to pull through, and on a technical level Adrift takes all the precautions to make it an intriguing, not-exactly pleasant, but at least sick-free journey. The framerates were a consistent 90+, and there were no jolty cut-scenes or need for me to make any spinny or erratic moves (though some tougher-gutted people and speedrunners will appreciate the option to go wild with the boosters if they wish). There’s even an ‘SAS Relief’ button that blacks out all but a small circle in the centre of the screen and rotates you back to an upright position – a function based on real technology that astronauts use in space to combat motion sickness.

28th March is the big day, as Oculus Rift makes its retail debut, with Adrift having the privilege of being one of the launch titles for the headset. You’ll be able to pick it up for $20 on Steam, which will also give you access to an unlock code for the VR version. It’s an absorbing, visually spectacular four-hour space adventure offering a powerful – borderline uncomfortable – degree of intensity. But then, aren’t intense unprecedented gaming experiences what this whole VR malarkey is all about?