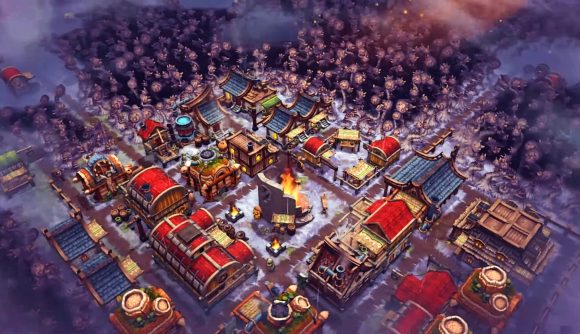 The cards are stacked against you in Against the Storm, a roguelike city-building game that’s gearing up for an early access launch on the Epic Games Store. Not only do you need to quickly gather resources and protect your citizens from the ever-growing blightstorm, you’ve also got to figure out how to make beavers, lizards, and humans live together in something resembling harmony.

Your job as viceroy is actually a bit self-serving: you’ve only come out to the blighted wilderness in order to set up production camps for resources needed back at the Scorched Queen’s Smouldering City, the last remaining refuge from the dark magic storms that have brought destruction to everything they’ve touched.

However, to do that, you’ll have to enlist a civic army from whatever communities you can, and those include the aforementioned lizards, beavers, and humans. While the city-building component is strongly reminiscent of RTS games like Warcraft III, there’s more going on here: you’re almost constantly beset by impending disaster in the form of blight-fueled floods and forest fires.

That’s to say nothing of the hostile wildlife lurking out in the woods. Check out the trailer: 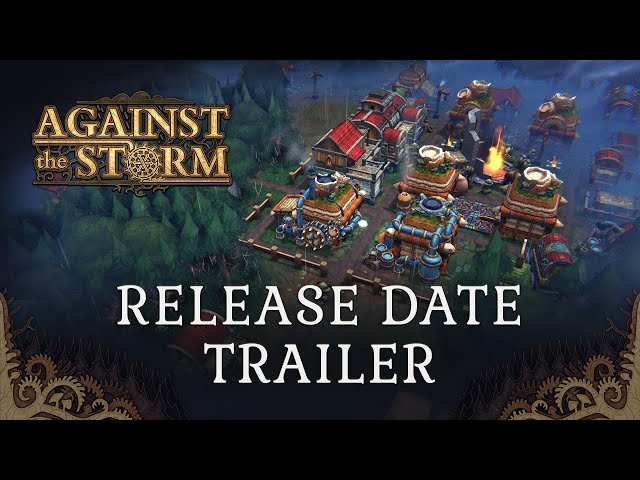 To survive, you’ll need to diversify, and build new settlements in carefully selected areas you’ll pick out on a map that looks a lot like something you might find in a 4X game. Each site has its own advantages and vulnerabilities, and each playthrough will be different because the world is procedurally generated.

Against the Storm will launch in early access October 18 on the Epic Games Store, but there’s already a demo you can try ahead of time if it piques your interest.