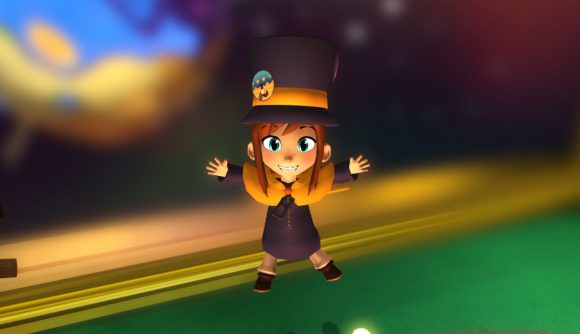 A new year is upon us, and while for some folks that might mean gym memberships or a pledge to read more books, the really exciting part is the start of Awesome Games Done Quick. AGDQ 2020 is back for another annual helping of charity speedrun efforts. Here’s when it goes down and some of the highlights to watch out for.

AGDQ 2020 starts Sunday, January 5 at 9:00 PST / 12:00 EST / 17:00 GMT on Twitch with an any% race through one of the most delightful modern platform games, A Hat in Time. The show will end the evening of Saturday, January 5 – or likely the next morning, depending on your time zone – with an any% run of the ultra-difficult romhack, Super Metroid Impossible.

There’s a load of variety in the AGDQ 2020 games list, including a six-player run of Destiny 2’s Last Wish raid – originally the longest raid in Destiny history – as well as a two-hour run through the entire mainline Fallout series, a 20-minute sprint through The Outer Worlds, and – of course – the usual block of tool-assisted shenanigans with TASbot.

One of the sleeper hits of the show might be AGDQ’s showcase of Clone Hero on January 11. The modded rhythm game won’t provide a proper speedrun, but it will show a whole lot of technical skill with songs even more difficult than the toughest challenges of the original game.

“The song that’ll be the toughest for me is likely The Devil Went Down to Georgia on 175% speed,” runner Frosted tells our friends at The Loadout. “It’s hailed as the hardest song from Guitar Hero 3 and for a good reason – it took me a ridiculous amount of effort to get 100% of the song on 165% speed. No one’s even attempted 175%.”