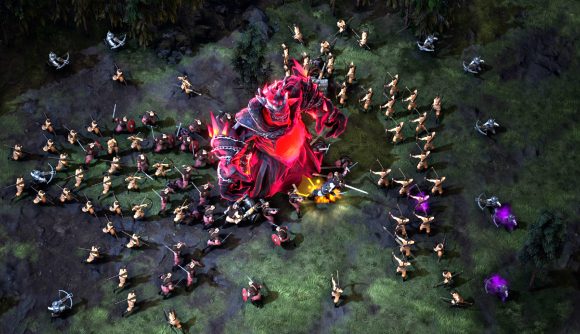 What if Games of Thrones’ ‘The Long Night’ episode never ended? What if you had to fight those annoying White Walkers all night, every night, until you die? This is the question survival RTS game Age of Darkness: Final Stand is asking, even though nobody asked it too because honestly just watching that episode was stressful enough.

“When starting development we were inspired by the Game of Thrones episode ‘The Long Night’,” explains James Berkelmans, one of the game’s designers. “The whole idea being that when night came you had to hold your ground against a large horde of enemies, that’s where the idea of our death nights started.”

Age of Darkness leans very heavily into the horror/dark fantasy themes that can often come with survival games. As guardian of the last city, your life is controlled by an intense day/night cycle where you must balance building up your settlement and exploring the wilderness around you to hunt for valuable resources during the day. As night descends, there’s a brief window of time where enemies are tougher, but the rewards get better, but when the ‘death night’ starts for real you’ll want to be behind your walls.

An eerie murder fog called The Veil will permeate the map and the game will throw up to 70,000 enemies at you in a relentless onslaught that will get worse each time. 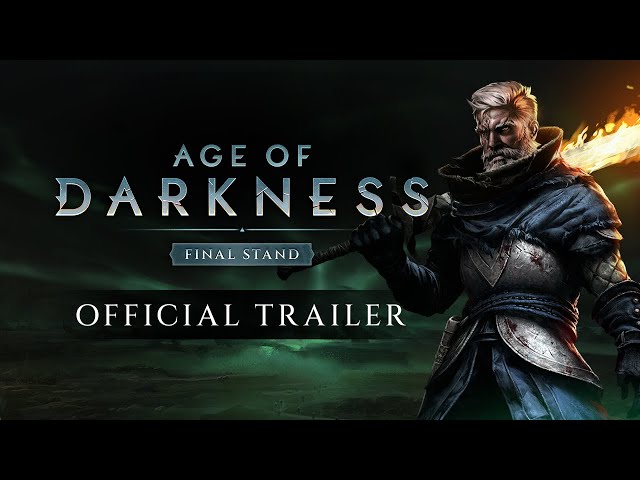 “We’ve created this system to give us the flexibility to create some amazing game moments,” says Mario Barone, another designer. “It goes without saying that the sheer amount of units our engine can allow is very impressive. Not only can we do this – but we can do so with many 3D effects and a highly detailed world.”

Age of Darkness is heading to early access first with the survival mode, but it wants to add a campaign as well as other features over the course of its pre-release roadmap. It is possible to win survival – you simply have to survive the final death night, and developer PlaySide wants to build a game that rewards all kinds of play, from the turtle to the crusader. 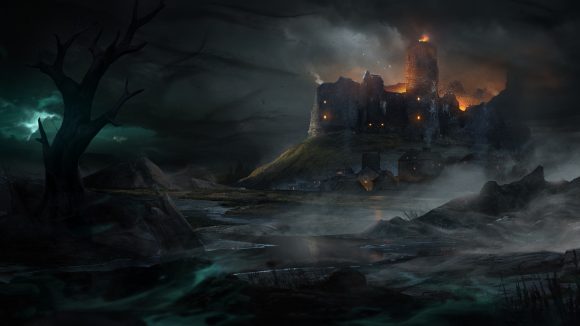 The game also seeks to draw in inspiration from other genres as well to provide its own vision for what an RTS is. “Age of Darkness is an ambitious game in many ways,” Berkelmans explains. “We integrate a lot of light RPG and roguelike elements… We trust that players want a game that tests their skills – providing procedurally generated maps, steep difficulty climbs and high skill ceilings to allow for this.”

“It’s important to understand what players love,” Barone concludes, including triggering overwhelming feelings of dread. Age of Darkness: Final Stand will release on PC via Steam Early Access this autumn.