My first session with a new strategy game is always an exercise in trial and error. Exploring this mechanic, pushing these boundaries, feeling out the edges of the world as I start a new journey towards mastery. Or at least proficiency. Age of Darkness: Final Stand, a new RTS game that’s just hit Steam Early Access, bakes this phenomenon into its DNA with one simple certainty: you will die.

Maybe not right away, but you’ll probably die during your first ‘death night’ – when darkness falls and the agents of the Void attack en masse – because you may have missed the importance of a coherent defence. You may die in your second game on the second death night because you underestimated just what a coherent defence looks like when faced with a larger wave of enemies. In game three, you may die on the first death night again because you’re an idiot. We may or may not be talking about me, here.

You are the castellan of humanity’s last hope – a lone, decrepit keep, home to some villagers and a desperate group of defenders led by a hero (the game lists three options, but the Early Access build only lets you choose one). Together, you have to try and hold back the night for as long as you can. You’ve got to gather resources, build buildings, and recruit more soldiers to the cause.

Evil has swept the land, monsters are everywhere, and every so often they’ll get bored and decide to have a party in your keep, which usually involves everyone dying. 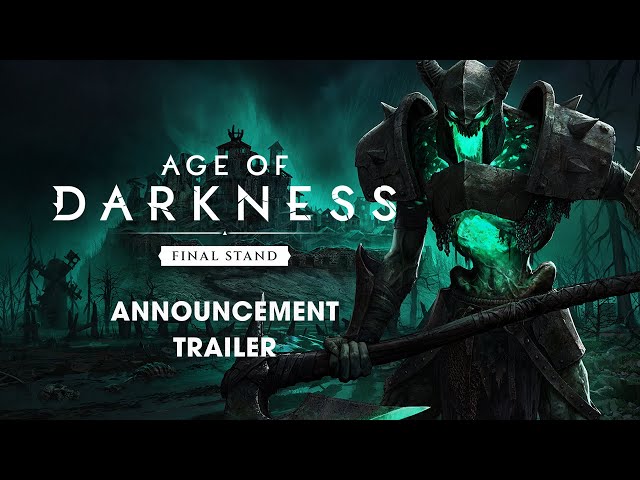 These death nights also involve some kind of funky murder fog, which makes everything that much more horrific – your soliders get massive debuffs if they touch it. Each death night also sees larger and larger waves thrown at you, continually pushing the limits of your planning, industry, and defensive strategy.

Age of Darkness is a promising, sadistic, twist on the RTS genre's many mutations

Age of Darkness is a push-your-luck game in more ways than one. Venturing out into the unknown, especially at night, could reveal all sorts of horrors, some of which may overwhelm your party if you’re not careful. But it’s also necessary to explore between death nights, as you can earn rewards to help build your base, but also net your hero some much needed XP so they can level their abilities.

In the lulls between death nights, these skills are hilariously overpowered. But when the sun goes down, they’re the bare minimum needed for even a chance of survival. 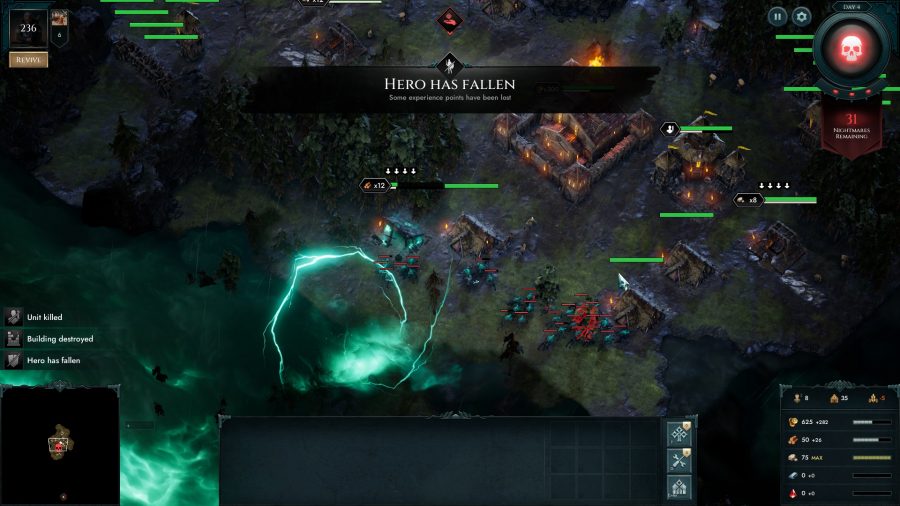 You learn that there’s not only a cadence of action, but a pace you must keep as well. On one run, I took too long getting my early-game economy going and as a result, too long to put up my defences. The first death night wave is ‘only’ 150 monsters, but it was still enough to overwhelm my meagre defenders.

Someone survivig to the game’s theoretical maximum of 70,000 mobs is unimaginable

During my first-ever run, I actually fended off that first wave quite easily. As I hint above, this made me cocky. I thought I was ready for the 400-strong doomstack in the second wave, and was immediately proven wrong. Given how much of a struggle these early waves can be, someone getting to the game’s theoretical maximum of 70,000 mobs is something I can’t quite imagine right now.

It’s the dressing around the edges that ties Age of Darkness together. You can set custom difficulty options that will increase your final score; the maps are procedurally generated so no two runs will feel exactly alike; and every time you survive a death night you get to choose one of three randomly selected boons to help you last that much longer. And I can see how more hero choices in the final build will make a big difference. 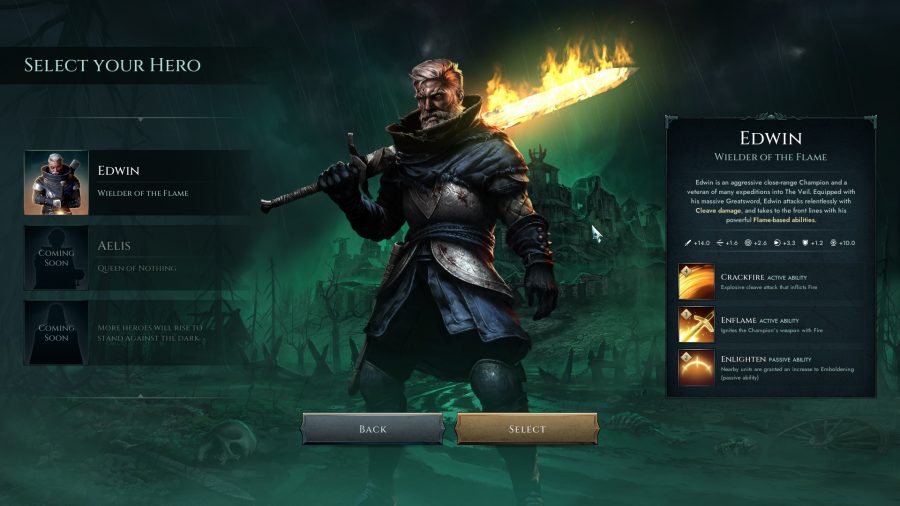 So far, Age of Darkness is a promising – if sadistic – twist on the RTS genre and its many mutations. Base-building, tower defence, large-scale tactical combat, survival… while the tropes are as common as the fantasy is dark, this game’s instinctual challenge – survive as long as you can – is a refreshing contrast to other games that try to follow in the footsteps of Age of Empires, bringing it more in line with 2019’s They Are Billions.

The Early Access demo only features the survival mode, but there is also a narrative campaign coming at some point before the full 1.0 release. Age of Darkness: Final Stand is out now in Steam Early Access, and is planning on staying there for “at least” a year.