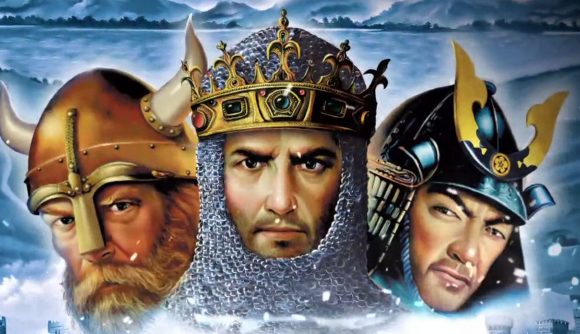 Age of Empires 2: Definitive Edition is coming our way on November 14, across Microsoft’s increasingly wide array of supported PC platforms. The game will be available on the Windows Store, Xbox Game Pass for PC, and Steam all on the same date, and feature no limitations on your ability to play with friends across those launchers.

On top of that, the Definitive Edition of the original game is now on Steam for $19.99 / £14.99 / €19.99 – as well as Xbox Game Pass for PC, if you’re a member of Microsoft’s subscription service. Age of Empires: Definitive Edition originally hit the Windows Store way back in February 2018, but this is your first chance to buy it on a less widely-maligned platform.

As for the sequel, Age of Empires 2: Definitive Edition will feature graphics updated for 4K, a new soundtrack, and it will include a new expansion titled The Last Khans, featuring three new campaigns and four new civilisations, just in case you thought you might get bored with the original content.

If you can’t wait until November 14, you can head to the official site to sign up for DE beta through Microsoft’s Insider program.

Either way, the time is right to re-enjoy the rise of civilisation through the lens of real-time strategy. Wololo, and all that.