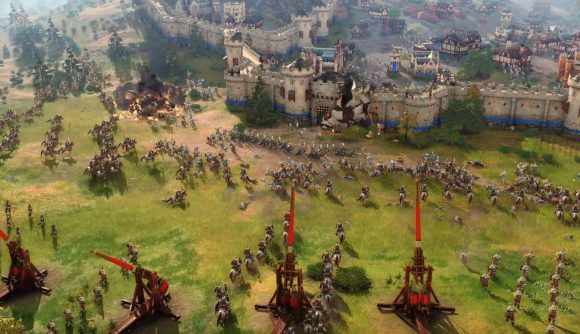 The Age of Empires IV technical beta is over, and everyone is taking some time to reflect on the upcoming RTS game. We shared our own thoughts on it the other day, but a handful of well-regarded beta testers – two of them self-proclaimed former Starcraft 2 pros – have shared some in-depth feedback of their own.

“These are just our opinions,” user HuT_3527 explains, “…we are all competitive RTS players so that skews our perspective on certain things. Our desire is to highlight opportunities to optimise the competitive multiplayer aspect of the game. With that in mind, we can also be wrong.”

The group's feedback is bulleted and spread across a number of topics, such as notable bugs, specific thoughts on each of the four Age of Empires 4 civilisations on offer during the beta, units, and more. Overall, they feel the game is solid “but falls short of what can be a great RTS,” with specific points of questioned including the lack of dedicated command bar, upgrades that cost too much, and some balance concerns over the English and the Chinese civs.

The group universally agrees that the English are currently a bit overpowered, with their Council Hall landmark being the main culprit.

“Delete Council Hall from the game,” user Iaguz suggests, with TheChapster giving a more detailed explanation: “Council Hall gives them an extremely explosive start which instantly dictates the game and can be used for high eco or insane all-ins.”

By contrast, HuT_3527, Iaguz, Seither, PandaBearMe, and TheChapster all agree that the Chinese civ is woefully underpowered at present, with Iaguz going as far as to say they “stink”. The main issue, they argue, is that their unique age up mechanic is a massive resource sink, where the bonuses aren’t ultimately game-changing.

The last two civs seem to be in a better place. Everyone broadly agreed that the Abbasid Dynasty is well made civ with strong bonuses, and HuT_3527 thought they are “great”. The Holy Roman Empire is considered quite strong too, with a couple of proposed tweaks. All this so far mirrors my own thoughts coming from the beta, so there’s probably some fine tuning left overall. 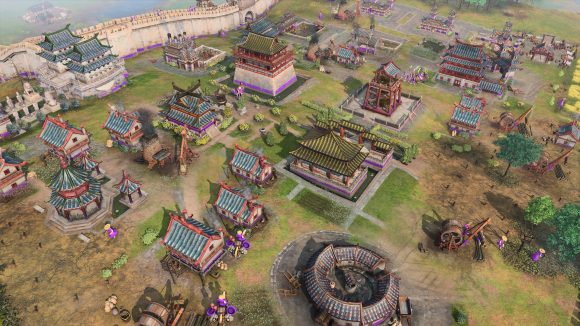 The group also has plenty to say on hotkeys and unit control, although this is expected from players that are concerned with competitive multiplayer over general gameplay. While there’s plenty of feedback, the tone seems positive overall, which is nice to see.

There’s just over a month to go until Age of Empires IV’s release date and it’s not known if there will be another beta. World’s Edge creative director Adam Isgreen previously said another beta was something they were “interested” in doing, that was before the announcement of the technical stress test, so this is likely what he was referring to.

Age of Empires IV is coming to PC via Steam, the Microsoft Store, and Game Pass for PC on October 28, 2021.