The recent Age of Empires IV technical beta gave players beyond the Age Insider programme their first chance to take the highly anticipated RTS game for a spin. It was fine, and I’m oddly pleased to discover that I’m just as mediocre at Age of Empires now as I was 20 years ago.

The beta offered PvP or co-op play against AI in up to 4v4 matches, with the English, Holy Roman Empire, Chinese, and Abbasid Dynasty available on a handful of maps. I had just as much fun playing around with the different civs as I did trying to actually win – it turns out building yourself a nice and tidy wooden wall is not the saviour you think it will be. That AI is also no joke either, even on intermediate settings.

I also found that an early rush can be killer. The English seem especially good at this, as they get access to some hard-hitting infantry earlier than the other playable civs, who have to make do with basic spearmen. Despite the community brouhaha over the art style, I found the graphics pretty enough (although I wasn’t playing on max settings), and overall I saw nothing to make me especially concerned for the game’s future.

But throughout my half a dozen matches I never felt much sense of awe or wonder. A peer in strategy gaming commentary, Leana Hafer, summed up her own thoughts on the beta using the word “safe”. It’s hard to argue against that, because other than some nuanced and largely understated changes, there’s little here that you’d describe as daring.

This isn’t necessarily a criticism, but I can’t help but contrast this to Relic’s other major strategy project: Company of Heroes 3. This also has some fairly safe design in the sense that tactical battles are largely unchanged from previous games in the series. But the team has then gone one step further to create a Total War-style campaign layer, far beyond the kind of meta mechanics the studio has produced in the past.

It’s pretty bold, and by comparison Age of Empires IV has little that inspires the same kind of reaction. The biggest design change I can see right now is greater asymmetry in faction design. Though this is welcome, and perhaps even radical in an internal context, it’s not taking Age of Empires out of its comfort zone.

Its impact is also slightly blunted by the fact that the four civs on offer during the technical test seemed to be the least experimental. The English and Holy Roman Empire largely play like your typical Age of Empires faction, with some subtle differences. The Abbasids progress through the ages differently, while the Chinese have some fun twists, and a ‘dynasty’ mechanic that’s thematic but essentially just a massive resource sink. Each also has their own roster of unique units and buffs, rounding out their bespoke playstyles. 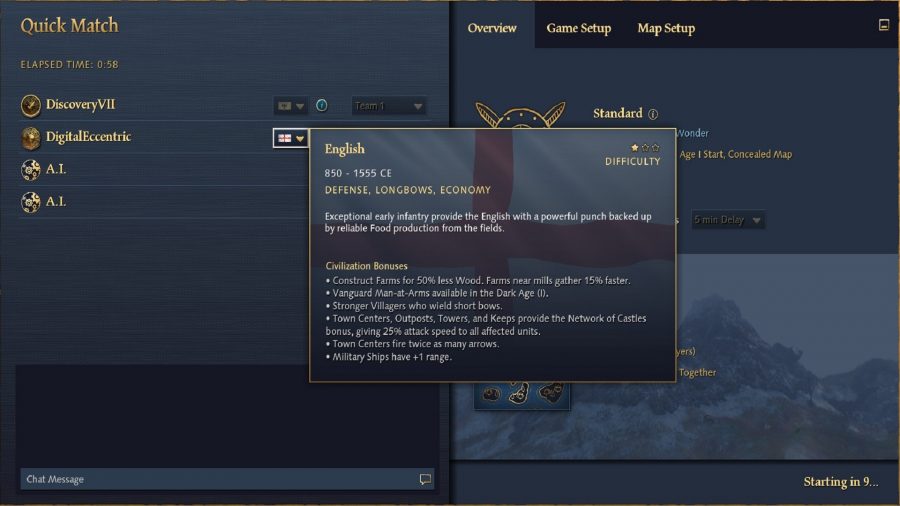 Other than perhaps a wonderful dedication to providing documentary-quality supplements, there’s little else that stands out. I think the legacy community may struggle to decide whether this is a problem or not.

Reflecting on this point brings up memories of the prequel Star Wars trilogy, and the discourse that emerged after those films were first released. The gist of one argument I remember floating around is that those films weren’t created for the original Star Wars fans. Neither was the sequel trilogy, although it’s hard to disentangle those projects from the nostalgic pandering.

I don’t get the sense I’m being pandered to in Age of Empires IV. It’s familiar, yes. It’s safe. But – so far – it’s also a solid historical RTS. I’m excited to see more, and particularly to try out the campaigns, which offer a more crafted experience – one where I don’t have to worry about APM. 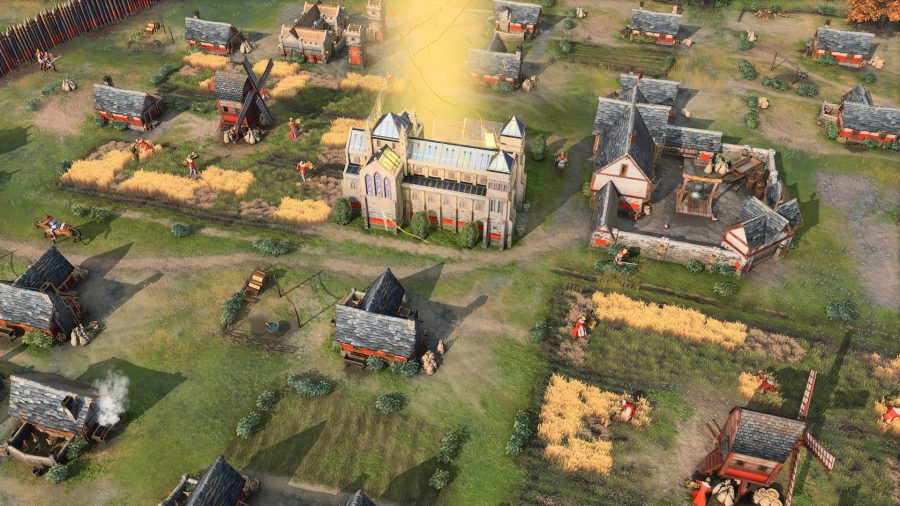 When I mentioned I was trying the beta, members of our Discord community asked me whether I felt Age of Empires IV played like Age of Empires II or III, and though I could ramble about how it’s a little of this and a little of that, to be honest I think the question is largely irrelevant.

Age of Empires IV is ultimately not for fans of either of those past works, though of course Microsoft will hope that they’ll check it out. It’s about bringing the series into the modern era of strategy games. It’s about taking this series’ classic formula at its highest expression – Age of Empires II – and updating it, not reinventing or meaningfully extending it. For those who are hoping for something bolder, this isn’t some grand RTS revolution.

This is going to be a new game for a new generation, intended to court a flourishing strategy community that didn’t really exist 15 years ago. The sooner historic fans make peace with this, the happier everyone will be.

Age of Empires IV is due out on PC via Steam, the Microsoft Store, as well as via Game Pass for PC on October 28, 2021.