The Chinese are one of the strangest Age of Empires IV civilisations. They’re not as asymmetrical as the Mongols, and they’ve got plenty of unique content and strengths, much like the Rus. But the way you unlock this potential makes this a very tricky civ to exploit to the fullest, with careful timing required.

At the start of a match, the only thing the Chinese have going for them is the Imperial Official and some improved scouts. The Official is an economic support unit that does nothing but watch over your villagers and bark orders, improving the efficiency of the specific building they’re overseeing. When not being a bossy boots, they also wonder about your settlement and collect taxes from buildings, netting you an early gold boost.

Villagers can also build things faster – defenses are built 50% faster, and everything else 100% faster. Other than that, the Chinese get the Chemistry technology for free the moment they enter the Imperial Age (Age IV), and their docks work 20% faster. On top of this though, the Chinese can access up to five unique military units and three unique buildings, but not all at the same time. On paper, at least, the Chinese play much like everyone else, but it’s in their core mechanic where the Chinese civ’s potential lies hidden.

The Chinese main mechanic is called Great Dynasties. You always start the game in the Tang dynasty, which gives Scout units +30% sight range. There are three other dynasties you can progress too:

To progress from one dynasty to the next, you must build both available landmarks for a given age. The Chinese civ is the only faction allowed to build both options, meaning their power scales up quite dramatically, although it will be costly. 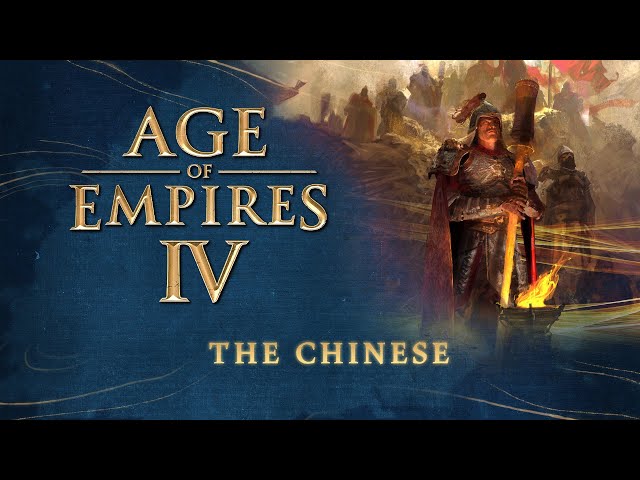 The downside is that when you progress from one dynasty to the next, you lose access to the abilities of the previous one. This includes units, but there is a landmark that can help with that. Speaking of which…

Note that the Age listed next to each landmark denotes the Age you will progress to when that landmark is built. Also remember that you’ll need both landmarks from the same age in order to unlock a new dynasty:

There is a danger that the Chinese dynasty system is, overall, a bit too expensive to really be useful. In multiplayer especially, we question how high the Chinese civ will rank vs the other civilisations. Perhaps in a team game, with decent teammates who can protect you while you focus your economy on getting through the dynasties, the Chinese could prove a potent late game civ.

Even in skirmish vs the AI, you’ll need to be careful how you plan out your progression through a match, making sure you don’t waste too many resources on a dynasty you can’t fully take advantage of right away.