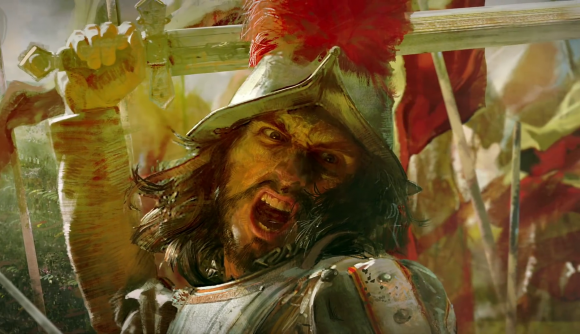 While it was exciting news from E3 that Age of Empires II: Definitive Edition was coming and it would be out this year, it brought with it a twinge of disappointment too. Fans of the series have been waiting since the announcement almost two years ago now for the proper reveal of Age of Empires 4, and as welcome as the remasters are, they don’t compare to a proper sequel.

We recently spoke to Adam Isgreen, the Age of Empires series’ creative director, about the upcoming Definitive Edition of the second game – and  we couldn’t resist asking him when we would finally hear more about Age of Empires 4. The good news is, he confirms that we should get the proper reveal of the game this year. The bad news is that it might not be until November.

“I’m happy to tell you that we’re going to start talking about Age of Empires 4 later this year,” he says. “As you know, there are two major events right now – Gamescom and XO – that Microsoft always does stuff for. So one or the other, maybe?” What a tease.

Gamescom is held in August, and Microsoft’s own even XO19 is down for November. “We’ve got Gamescom coming up, and then XO later this year in London, so at the latest, you’ll hear more about Age of Empires 4 by XO. I will say that later this year, we will start taking the wraps off both Age 3 and Age 4.”

It’s also good to hear that Age of Empires III: Definitive Edition will also get a proper reveal. We know that Age of Empires II is coming this fall, so presumably the remastered version of the third game will release sometime in early 2020. As for Age of Empires 4 – which is being developed by Dawn of War creators Relic Entertainment – it doesn’t seem unreasonable to assume that it’ll be out later in 2020. Hopefully we’ll find out at Gamescom or XO19.