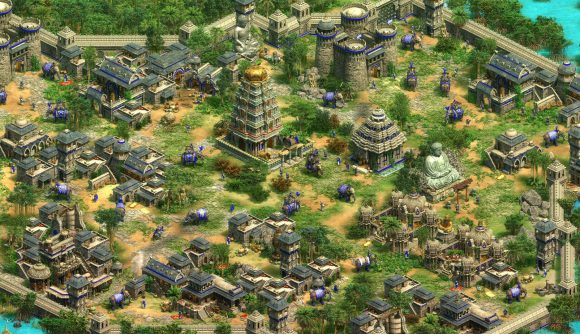 It looks like we know what’ll be on the way to Age of Empires 2: Definitive Edition next, based on some patch notes that appear to have leaked. Among a bunch of general tweaks, tinkerings, and map rotation updates are some key changes for the Lithuanians, Goths, Teutons, and even Fishermen – who can now drop their goodies off at the docks.

User Gentle has posted what seems to be a fresh new batch of upcoming patch notes for the strategy game’s remaster on AoEZone (via Chriswgr on Reddit), which appear to have come from the official website. While the reported changes aren’t extensive, they do include a set of key civ balance updates, including several for the Lithuanians.

Both standard and elite Leitis now have an adjusted training cost of 70 food and 50 gold down from 50 food and 80 gold, as well as reduced training time (20 seconds from 23; 20 seconds from 18 for elite units). Plus, Tower Shields now have a reduced research cost (500 food down from 800) and increased bonus pierce armour for Spearmen and Skirmishers, which is now +2, up from +1.

In addition, Teutons’ Barracks and Stable units now get “a +1 melee armour bonus in the Castle and Imperial Age” and Goths now scoop the Loom technology as civ bonuses. Teutonic Knights’ speed has also been upped to 0.8 from 0.7, too.

Elsewhere, Fishermen “can now drop food they’ve collected at Docks”, while the Indian civilisation’s Fishermen “now work 10% faster rather than working 15% faster and carrying +15 food”, and Italians’ “Fishing ships now correctly cost -15% wood (instead of -15 wood)” which “effectively raises the cost from 60 to 64 wood.”

If you’re keen to see what else is in store when the next AoE2 update drops, you can find the reported patch notes here. It’s worth noting these haven’t yet been confirmed by Microsoft and, if accurate, could see some changes before they release.