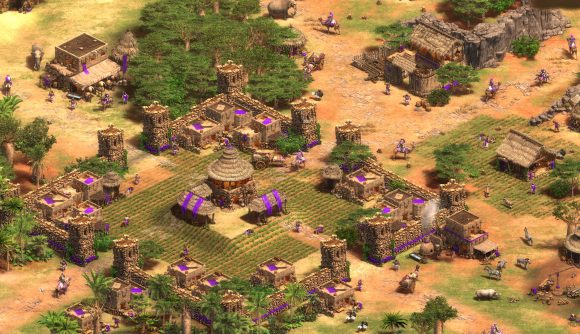 Nov 18, 2020 The free anniversary update (along with the battle royale mode) is now live.

A little under a year ago, Age of Empires II: Definitive Edition landed, bringing the classic real-time strategy game into a new era. To celebrate the title’s one-year anniversary milestone, publisher Xbox Game Studios has announced a “massive update coming your way this November”.

“We hope everyone likes cake, because it’s birthday time!” Microsoft announces in a preview clip of the upcoming update (included below). “We’re celebrating by making Age of Empires II: Definitive Edition bigger and better than it’s ever been.” While most of the tasty morsels of information about the update’s contents won’t be shared until closer to its arrival next month, the studio does give us a good peep at some of the goodies in-store.

First up, the content drop will include “a new game mode, a supporting ‘quick play’ system, a truck-load of new features, a humungous list of balance changes, and more. That new game mode is none other than a battle royale format, which gets up to eight players battling it out in a free-for-all style contest, each fighting to be the last still standing.

To celebrate the launch of the new mode, the studio’s invited a bunch of “community favourite” AoE casters and players to tackle the game’s first battle royale championship, which you can catch live on Twitch on October 31 at 15:00 UTC / 10:00 PT. 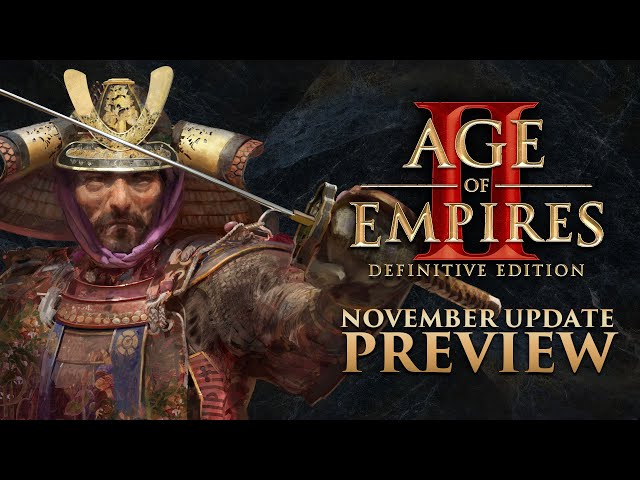 Alongside this, the update’s new ‘quick play’ feature is designed to make it easier than ever to set up and hop into a game. As you can see around the 1:14 mark in the clip above, the UI lets you whip through the setup process “lightning fast” and join either the random map, empire wars, and battle royale matchmaking queues. It’s worth noting, however, the feature is unranked, and “designed for convenience”.

As for that truck-load of new features, the studio reveals in the clip it’s done a total overhaul of the game’s civilisation UI “in an effort to better explain the differences and promote informed choices by new players to the Definitive Edition”. Changes include new civ details and handy hints and tips in loading screens to give you some pointers. There are also adjustments to the AoE3: DE main menu and party invites UI screens, as well as some buffs and nerfs on the way, following monitoring of how civ performance has been so far.

We hope you all like cake, because it's birthday time! We're celebrating #AgeofEmpiresIIDE's one-year launch day anniversary with a massive update. This is just a slice of the whole pie coming soon, so make sure you tune in: https://t.co/NpO688MtIGhttps://t.co/Hcp8Qd1D3D

For more information on what’s to come, you can check out that preview clip above and keep a weather eye out for “more to come next month”.