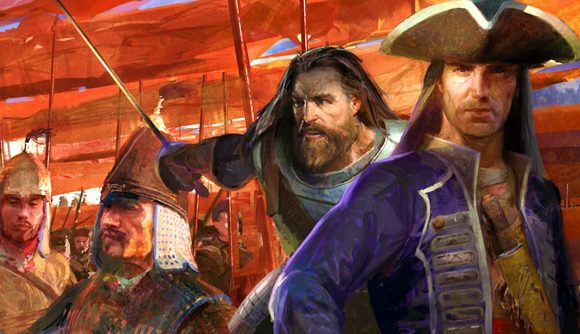 Celebrating the overhauled strategy game’s launch this time last year, the in-game bash is a “new and unique event”, the AoE devs explain, which is now live until October 26. Players get missions to complete while it’s in full swing, with each bringing in-game rewards when beaten. For example, if you win a single-player skirmish or multiplayer game while playing as the Americans or British you’ll get a profile icon, or if you train 50 artillery units from either the artillery foundry, fort, siege workshop, or palace, you’ll earn a “birthday cake cannonball mod”. Sweet?

There’ll be one mission a day to complete and, while you don’t have to complete them on consecutive days to get the rewards, to keep the goodies you’ve earned after the event wraps up, you will need to log into your Xbox Live account at some point beforehand.

Elsewhere, there are three new maps with the update – two South American and one African. The first, Bahia, sees you make a push towards the coast to access a whole lot of resources, while taking into account that enemies are always nearby, starting very close to each other, though a long cliff separates them. You’ll find Jesuit settlements and Pistolero and Comanchero outlaws in the map. Minas Gerais, meanwhile, gets you to “play aggressively and control the hunts in the grassy plain, or head to the mountains in search of gold mines”, with Jesuit and Tupi settlements popping up in this one. Outlaws found are the same as Bahia’s. 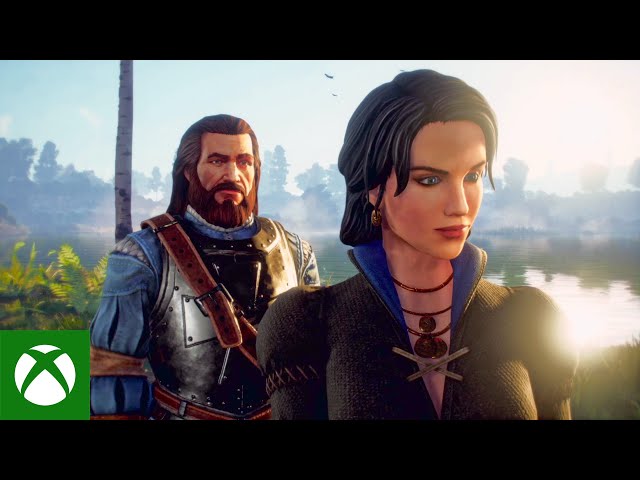 Siwa Oasis gets players to battle it out in narrow corridors and is ideal for AoE3’s Treaty mode, the patch notes explain. The map’s set in an isolated spot with no trade routes, with Berbers, Sudanese, and Sufi settlements, and Desert Warrior and Desert Archer outlaws. “Players may initially build security by walling across the small passes, however, much of the wood is centralised; so players must extend outside of the safety of their base as the game progresses,” the devs say. 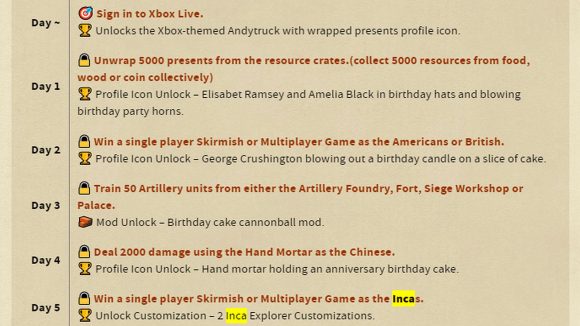 As for the hefty batch of Inca gameplay updates, there are changes across the civilization’s early economy, military units, infantry (Chimu Runners and their manoeuvres), age-up council members, and home city cards. For example, Incas’ starting resources have been adjusted to mean less food, but more wood and villagers. The Chimu Runner is now slowed down by enemies’ melee attacks, so can be ‘snared’, but in turn they can now slow enemies with their own melee attacks. There are far too many to list here, though, so head over the patch notes here for the full rundown, which also includes broader civ balance changes, gameplay updates, and more.

If you’re yet to play the game, you might want to check out our Age of Empires 3: Definitive Edition review if you’d like to get a flavour of how it plays.