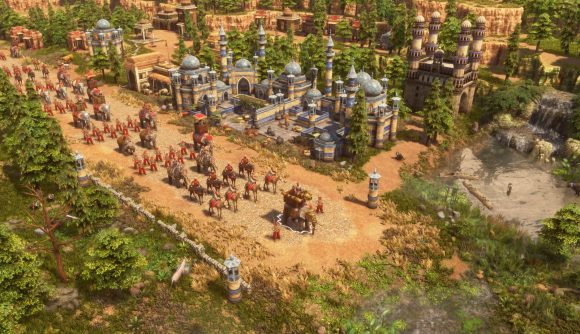 The Age of Empires 3: Definitive Edition release date is set for October 15. Yes, the launch date for the third entry in the trilogy of remastered strategy games has finally been confirmed, and Microsoft has provided a host of details on what to expect from the new release. In addition to the updated graphics, you can expect new modes, new civilisations, and a few changes to offer a more nuanced portrayal of Native American cultures.

The new release will also include two new civilisations. The Swedes, focused on battlefield strength, and the Inca, which are aimed at building big stone cities. The Definitive Edition also adds a series of Historical Battles to undertake, as well as a new set of Art of War challenges, which had previously been introduced in AOE2:DE to help players gain a better understanding of RTS fundamentals.

“A key focus of our work at World’s Edge is to authentically represent the cultures and peoples that we depict in our games,” creative director Adam Isgreen says in a press release. “In creating Age III: DE, we realized that we weren’t upholding that value as well as we could regarding our Native American cultures.

“So we set out to fix that, working directly with tribal consultants to respectfully and accurately capture the uniqueness of their peoples, history and cultures. Returning players will find there’s been some changes to the Native American civilizations, and we hope you find them as compelling as we do! We’ll have more to share on this work closer to launch.”

There have already been a few Age of Empires 3: Definitive Edition betas, and there’ll be more ahead of launch. The official site has details on how to sign up for the Insider programme to get an early look.