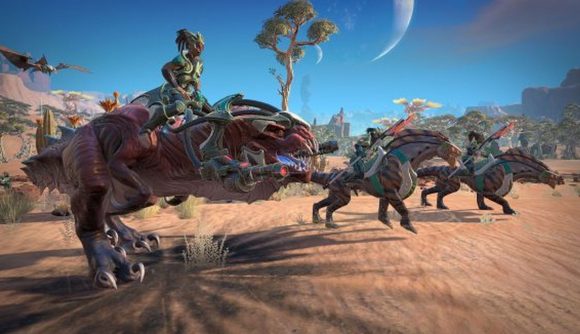 Age of Wonders: Planetfall is the latest entry in a series that’s been around for two decades, but it doesn’t look this brand of strategy is going away any time soon. Planetfall has had the best launch month sales of any game in series history, securing it the number 15 spot in the NPD’s list of best-selling August titles in the US. Impressive, even if that’s a few steps behind resurgent Minecraft sales.

Planetfall has a big advantage over previous Age of Wonders titles, though – it came out on consoles right alongside its traditional PC release. The NPD numbers include digital sales here, so Steam is a factor, but the Xbox One and PlayStation 4 releases likely cemented the new game’s series record.

According to Steam Charts, Planetfall peaked at 10,346 players during the launch window. Concurrent player counts are not a terrific indicator of sales, but that number is a little bit lower than Age of Wonders III’s launch, which hit 11,091 players. But that was back in 2014, and the PC market is quite a bit bigger these days – which, unfortunately, is not reflected in Planetfall’s player count.

Still, Paradox’s modern pursuit of console ports makes a lot of sense with this data in mind. Number 15 for the month isn’t an industry-shaking success, but it is impressive for a relatively niche strategy title – now sandwiched right between Call of Duty and Mario in the sales charts.

Check out our Age of Wonders: Planetfall review if you’re curious about how the game’s built its success. (In short, it’s very good.)