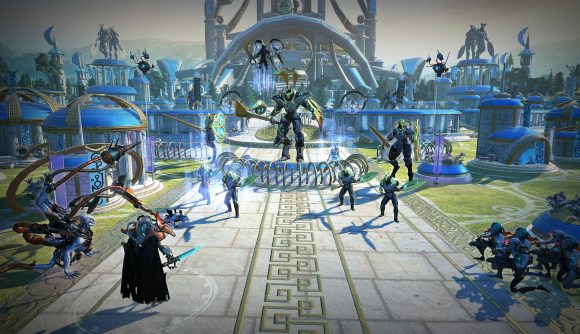 Age of Wonders: Planetfall, the beautiful and creative sci-fi 4X game from Triumph Studios and Paradox is getting a third expansion – Star Kings. Packing a bit more punch than the previous content drop, this new pack will include everything from sentient mushrooms to new landmarks, and a brand new story campaign.

Due out next month, it will introduce The Oathbound as a new race: they feel like a cross between anime’s iconic Gundams and Arthurian knights. They’re made up of ‘Paladins’, who pilot what are essentially mech suits, and ‘Seers’ who can tap into some kind of supercomputer to see the future.

They will get their own story campaign where they embark on a quest to save mankind through the newly introduced landmarks – the Grail Configurations. These world map structures were created by an extinct race of crystalline entities that can be exploited for powerful, long-term bonuses. Opposing them will be three new types of wildlife, which include ‘evil’ Oathbound (Chaos Space Marines? Is that you?), vampiric rocks, and the Mycelians, who are basically sentient cyborg mushrooms.

Alongside the premium content will be a free patch, which is supposed to include the following new features, according to what we’ve been sent:

The Galactic Empire feature is especially interesting, as it adds an element of persistence or ‘New Game Plus-ness’ to Planetfall. We hope it will come with some way of visualising it as well. 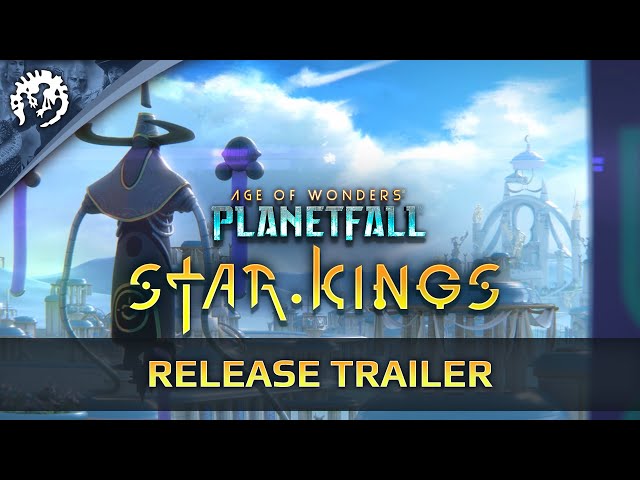 PCGamesN is affiliated with the Paradox Store.