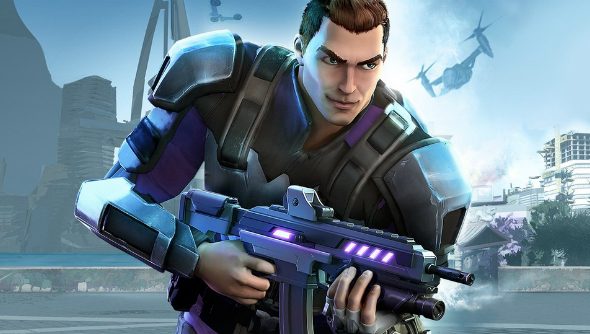 Update June 8, 2016: More screenshots of gameplay have surfaced showing each of the three heroes introduced in the reveal cinematic during battle, as well as the environment art of Seoul where the game will be set.

If you need an open-world game to tide you over ’til the Mayhem hits, here are the best sandbox games on PC.

Original article:Saints Row developers Volition are launching into a new comic hero twist on the universe with next open-world game Agents of Mayhem to release in 2017.

The game will feature over-the-top gameplay familiar to those accustomed to Saints Row’s particular brand of open-world, while telling an original story based around a pair of diametrically opposed organisations.

The Agents of M.A.Y.H.E.M. – theMultinational Agency for Hunting Evil Masterminds (no, we’re not sure where the Y went either) – are a ‘motley crew of unique and diverse Super Agents’ fighting the supervillain organisation L.E.G.I.O.N. – the League of Evil Gentlemen Intent on Obliterating Nations.

Here’s the first trailer,courtesy of IGN:

The sort of comic stylings Volition is looking to evoke with this latest extension away from Saints Row’s originally grounded roots as a “GTA-clone” is best represented by the plot synopsis.

LEGION have somehow taken over the world, so MAYHEM (lead by ‘the mysterious and no-nonsense’ Persephone Brimstone) need to put a stop to Doctor Babylon’s nefarious plans, which involve constructing a ‘world-altering device’. 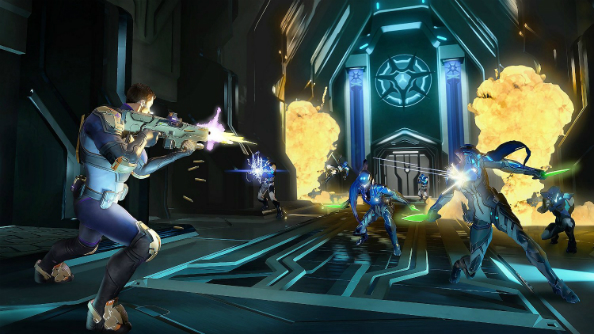 Mention of Babylon’s ‘diabolical lieutenants’ and a sprawling urban battlefield ‘from the ground to the rooftops’ suggests a return to the superpowered romps of Saints Row 4’s Matrix-like cyber battles and a fight through the ranks to the final showdown.

Further details suggest you will be able to select three out of 12 unique agents to take onto the streets of Seoul to battle with and swap between them on the fly.

Agents of Mayhem is set for a PC release, published by Deep Silver, in 2017. Expect to see more in the coming days and at E3. 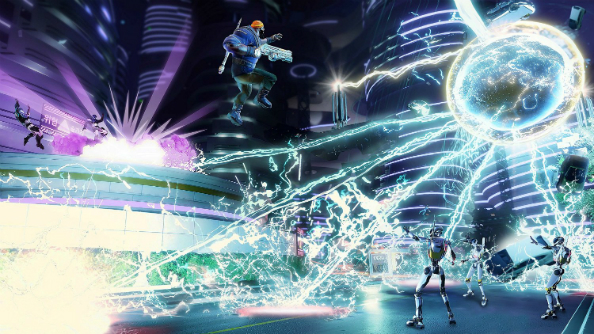 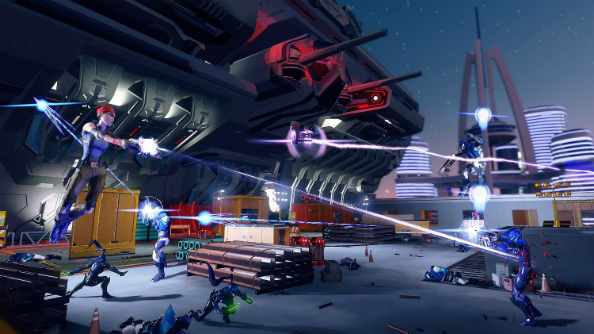 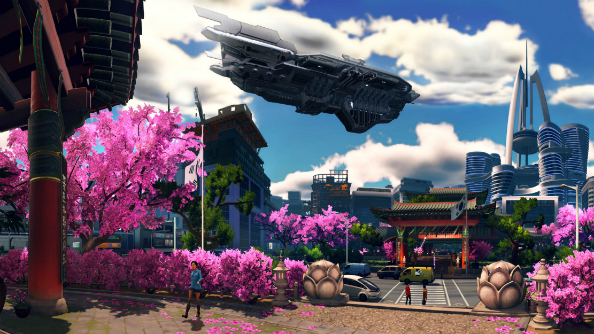 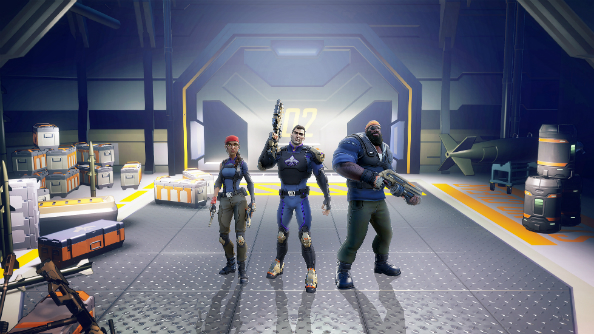