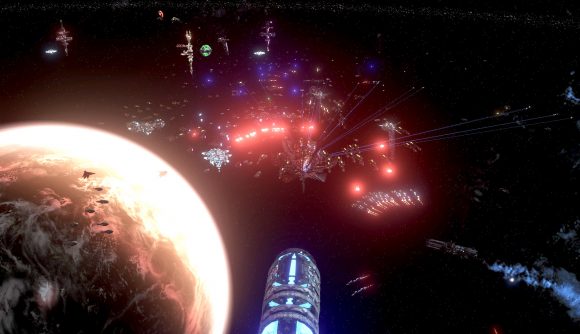 AI War 2 is a space RTS game where you must take charge of the last surviving remnants of civilisation in a galaxy that’s already been overrun by a hostile AI. The trick is to balance building yourself back up and undermining your robot overlords without drawing too much attention to yourself to warrant that same overlord swatting you like a fly.

It was originally released in 2019 – ten years after the originally cult classic game was launched – and the one-man developer has been chugging away at it ever since. The game has just received its biggest update so far in a patch that completely changes how AI War 2 plays without changing the fundamentals of the original design.

The ‘Paradigm Shift’ update, as you can read in the official update notes, drastically alters the meta to allow for different playstyles. There’s also less RNG, and a lot of under-the-hood improvements specifically in the realm of balancing. The general consensus from the beta testers has been that the game is a lot more fun in most areas, and potentially slightly easier, so you may need to adjust your difficulty settings.

Meanwhile, the Zenith Onslaught expansion will be AI War 2’s second post-launch DLC, and the first that’s not part of the original Kickstarter. 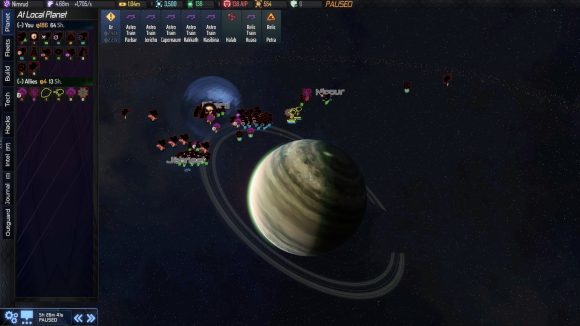 It’s also going to be jam-packed with new features, from a new type elite Cruiser and new AI empires, to being able to alter the topography of planets.This expansion will drop alongside the free multiplayer update, which will allow for both shared-faction and multi-faction play.

There is another DLC planned for 2021 called The Neinzul Abyss, which among other things will add in two new player factions, vassal mechanics, as well as some optional roguelike elements to spice things up.

The Paradigm Shift update is out now, and Zenith Onslaught is due out next month on May 18, 2021. AI War 2 is available for PC via Steam.