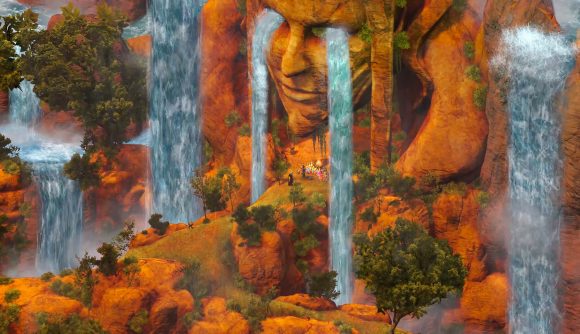 Alaloth: Champions of the Four Kingdoms has had a Steam page for a while now, but you may have only recently heard about it – the isometric action RPG was briefly featured during the PC Gaming Show this past weekend with a new trailer. While it looks like another throwback to Infinity Engine RPGs of yore, Alaloth has more in common with Diablo – but it’s definitely marching to the beat of its own drummer.

As you can see in the trailer, Alaloth has a definite old-school look to it: it’s not just reminiscent of Infinity Engine style games like Pillars of Eternity, the character designs and locations evoke the weirder fantasy films of the ’70s and ’80s. You don’t see any comically oversized pauldrons or many vibrant colours; instead, costumes and spell effects have a kind of restrained look to them, almost as if they were shot on video.

It’s combat where Alaloth seems to distinguish itself the most from its action RPG brethren, though. In Diablo, Torchlight, or Path of Exile, players get used to facing dozens of enemies at a time, mowing down hordes of cannon fodder by using powerful area-of-effect spells and abilities or supercharged weapons.

Alaloth is… different. Have a look at the new trailer: 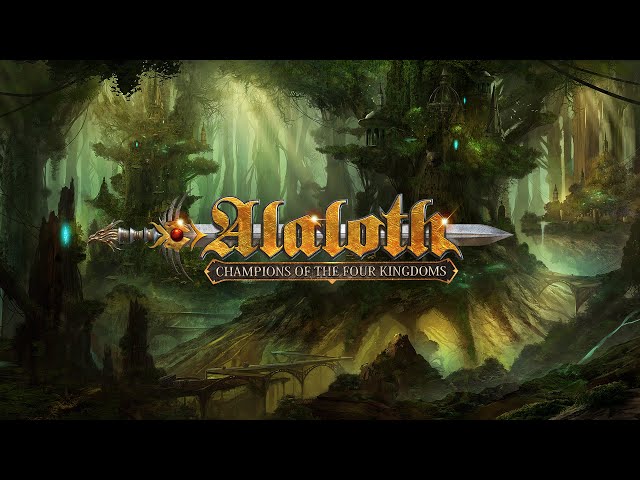 Melee combat is a key component of Alaloth, and it’s much more demanding and engaging than I’m used to seeing. You’re dodging, looking for openings for ripostes, or trying to time spells to catch a foe at a vulnerable moment.

Put a foot wrong, and death will come swiftly. Even standard weapons knock off significant chunks of health from both you and your enemies, and so as in real life the idea going into a fight is to not get hit at all.

The backstory has the god Alaloth turning against his fellow gods and descending to the mortal realms – a world split into four kingdoms arrayed around a central valley where Alaloth lies, imprisoned, but capable of spreading his evil through the lands. As either a human, orc, dwarf, or elf, it’s up to you to travel to Alaloth’s prison and defeat him, and the story has been written in collaboration with the legendary Chris Avellone (who has also contributed writing to Dying Light 2 recently).

Developer Gamera Interactive has published a fairly wide range of retro-inspired games in the past, but Alaloth looks like the studio’s most ambitious project to date. It’s expected to launch sometime this year, and you can wishlist it on Steam now to keep up with the latest developments.