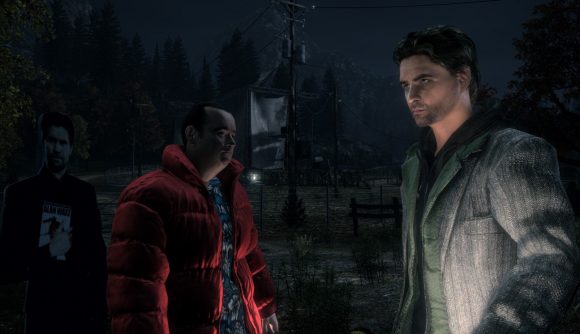 An Alan Wake TV series is in the works. Peter Calloway, who has worked as a writer on FX’s adaptation of Marvel’s Legion, has signed on as writer and showrunner. Sam Lake, the game’s original creator, is also involved in the creation of the series and will act as the show’s executive producer.

The show is being developed by Contradiction Films and Remedy Entertainment and seems to be in the very early stages of production, with no studios yet attached to the project. Tomas Harlan, a partner at Contradiction, says that a number of studios had expressed interest in the project.

Contradiction has brought other videogame adaptations to life in the past, including projects like Mortal Kombat: Legacy and Dead Rising: Watchtower. Harlan tells Variety that Alan Wake is “the finest story I’ve run across in video games. I’ve played through the game maybe 50 times.” Harlan says he’d attempted to pitch a series to Remedy for years, but the studio only recently opened up to the possibility.

Harlan says the story won’t be in “lockstep” with the game, but Sam Lake adds the original Alan Wake will be the “seed which will grow into the bigger story we’re exploring in the show. We’ll be expanding the lore of this crazy and dark universe and diving deeper into certain aspects of it than the game ever did.”

Part of that means building on existing work Remedy has done for the world that’s never been public before – yes, that includes bits of story from Alan Wake 2. Lake says “through the years we’ve worked on multiple game concepts and stories for Alan Wake’s world that have never seen the light of day. All of this material will function as potential source material for the show.”

Whether Alan Wake 2 proper ever happens is still up in the air, and in the interview Lake seems pretty reticent to talk specifics – though as always he says the studio is “hoping to make it happen when the time is right.” Given Remedy’s lengthy history with live-action production, from goofy joke to plot element to full-on crossmedia development, maybe an Alan Wake TV series is the best place for that story to unfold.