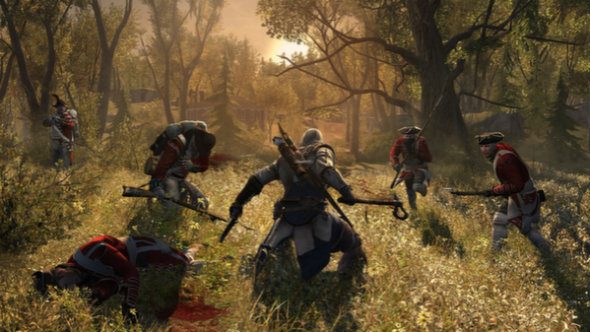 Alex Hutchinson has left Ubisoft after seven years with the French developers. During his time there, Hutchinson was most notably creative director for both Assassin’s Creed 3 and Far Cry 4. Yep, the worst Creed game and one of the best Far Crys.

Hutchinson announced the news in a series of tweets:

So! I left Ubisoft after 7 years. Extremely proud of all we achieved on Far Cry and Assassins but very excited to build something new.

The new company is called Typhoon Studios, and Hutchinson will be joined there by Reid Schneider, executive producer on Batman: Arkham Knight and head of production on Mad Max at Warner Bros.

Hutchinson notes that there probably won’t be any game announcements for a while, as the studio hires people and fills with Ikea furniture. He does note that they are still “hard at work imagining a brand new world”, however.