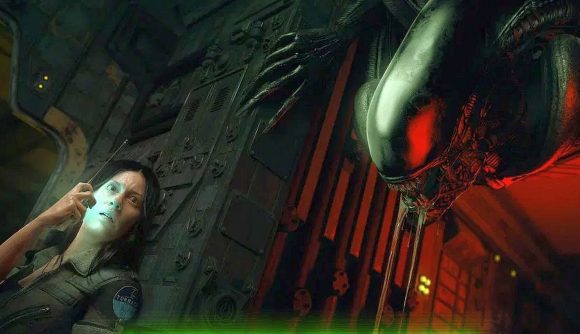 Dashing the hopes of those who wanted a fully-fledged sequel to 2014’s much-loved Alien: Isolation, Alien: Blackout is a mobile game. And for those of you who are still charting its progress, it’s out now.

If you play on mobile and fancy a review, check out the verdict of our sister site Pocket Tactics. They were rather less enthusiastic than the game’s initial announcement (hat-tip to Variety), which frothed that Alien: Blackout is “an immersive and captivating Alien experience, perfectly designed for mobile gaming” and will be available to download on the App Store, Google Play, and the Amazon Appstore. It claims it will bring to life “the terror of alien”, which seems unlikely to me not just because it’s on mobile, but because it’s rated ‘Teen’.

In a tried-and-true premise, the game is set on a crippled space station haunted by a Xenomorph. As with Alien: Isolation, you’ll need to “outsmart the perfect hunter by making perilous choices”, shepherding the surviving crew to safety. You’ll need to manage your resources as you go – allocating the station’s limited power to tools that can help track the Alien, such as a holographic map, cameras, and a motion tracker. You’ll even have opportunities to sacrifice crew members to avoid conflict, if you’re feeling ruthless (or desperate).

We’ve been expecting a new Alien game since early 2018, when Fox announced that a studio was at work on a new project in the cinematic universe. A software trademark for Alien: Blackout was filed in November, further stoking excitment, and this past Saturday, the Alien Twitter account dropped a teaser that mentioned Amanda Ripley.

Related: get your adrenaline hit with the best horror games on PC

Amanda is the daughter of the original movie protagonist Ellen Ripley and the star of Alien: Isolation, so some fans concluded we might be getting a proper triple-A sequel for PC (and console). That was always unlikely, given that the original Isolation team at Creative Assembly is working on an all-new tactical shooter. If a full sequel to Isolation is coming any time soon, it’s unlikely to be from the original devs.

Nonetheless – and however understandable it is that Fox would want a piece of the huge mobile gaming pie – Alien fans probably weren’t expecting a teen-rated mobile game to be the franchise’s next interactive outing.