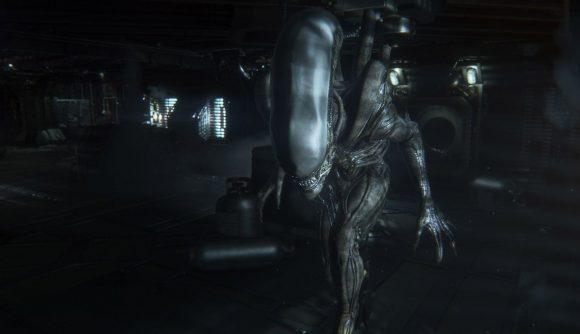 May the Fourth is yesterday’s news – okay, it’s actually next month’s news. The sci-fi day to watch for in April is today, the 26th. That’s 4/26, in honor of LV-426, the small exoplanet where a Weyland-Yutani salvage crew ran throats first into the extraterrestrial menace in Alien.

Since it’s Alien Day, you can pick up some Alien franchise title for cheap in a Steam special, and that includes the excellent Alien: Isolation. It’s a survival horror game starring Ellen Ripley’s daughter Amanda, an engineer who finds herself trapped aboard a failing space station full of overly helpful androids and an extremely angry alien.

Colonial Marines is of course the butt of every vertical slice joke that’s been told about videogames since 2013 when it launched to nearly universal derision. However, there’s a pretty significant difference in expectations now, and at this price point, it’s definitely possible to have some fun with it – especially now that a bothersome (and really funny) AI glitch has been resolved.

If you buy the Aliens vs Predator Collection, you get a couple extra maps for the game, which is still a solid shooter – although you may have trouble cobbling together a full match.

In any case, there’s lots of fangy goodness to be found over on Steam today, so if you’re looking to celebrate Alien Day, you’re well covered. Check out our Alien: Isolation review if you’re still somehow on the fence.