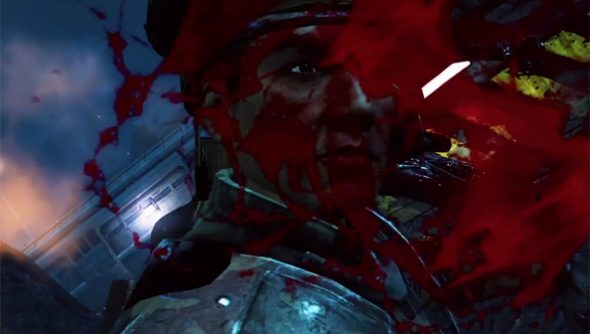 It’s easy to forget, in these days of the Duke’s second coming – and wouldn’t he just love that pun springboard – that Gearbox have tactical previous. With the Brothers in Arms games, the studio managed to filter Ghost Recon’s strategic leanings through Band of Brothers’ colour/resolve desaturation machine and come up from the cellar clutching something very accomplished indeed.

By those standards, Aliens: Colonial Marines frankly doesn’t look all that tactical, even in multiplayer.

Among the Xeno abilities the trailer lists are multi-surface movement, which sounds like something a cleaning product would boast, camouflage when on walls or ceilings, a position-obscuring smokescreen, a head-exploding suicide attack and long-range acid-flinging.

The Marines, meanwhile, can resuscitate downed teammates, and own some guns. At a push, they can presumably also offer their head as a chewy rusk for the aliens to gnaw on while their chums get well away. All in all I don’t fancy their odds, but a little time spent in the company of multiplayer shooters suggests they’ll somehow be about 50-50.

So that’s a little disappointing. Why not play spot-the-difference with our Steve’s redubbing of the last Colonial Marines trailer to cheer yourself up?