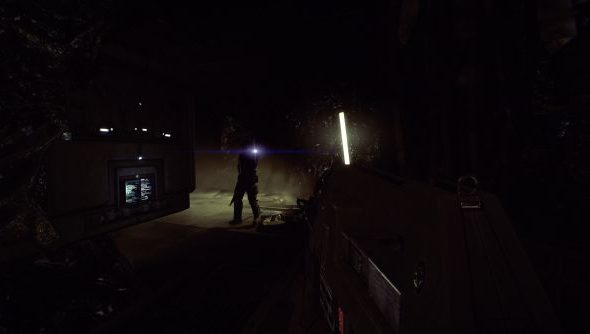 With no access to proper modding tools, a small and dwindling fanbase and the same sort of reception mostly reserved for big budget Zack Snyder movies, Aliens: Colonial Marines wasn’t destined to have a big custom content following. One person, however, decided to take their own path, and has released and began updating an overhaul mod for Gearbox’s ill-fated alien-shooter. In ACM Overhaul, modder TemplarGFX has taken their hand to everything from AI routines, to weapon balance, graphics tweaks and much more. It’s fairly incredible and manages to make the game look actually appealing.

Not one of the best FPS games ever, but maybe it could be?

Distributing through ModDB, Templar is currently working on V3 of the mod. Most of the gameplay tweaks come from AI changes. Templar is changing each type of alien to make them behave differently, and in general has massively increased their aggression. Aliens now move faster, come from more angles, react quicker to changes in circumstance – Templar has literally increased their thinking speed by 500% in some cases – and require headshots to take down with any real hope of survival.

It actually all sounds rather excellent. The below video shows it in action. It’s still a bit janky, not least because it’s built on an engine that’s now half a decade old at least, but considering the apocalypse that is the general perception of the game by those that didn’t buy it – that’s me, thank goodness – it looks pretty fun.

You can read more about what Templar has changed in the regularly posted updates. The most recent goes over how the various Xenos breeds are now exceptionally killy. There’s also a big graphical component to the mod, which alters various odd decisions made by the original team. All this probably means you need a slightly beefier computer to run it now, but anything from the past couple of years should be more than good enough.

Perhaps what’s most impressive is how this is all being done. Templar reveals in the comments on the main page that, with no access to officially released modding programs, the tools of this particular trade are the Unreal Editor explorer and a hex editor. It must be slow, painful work, and it’s impressive as much has got done as it has. If you’ve been using it, or end up doing so, do let us know how it plays in the comments.