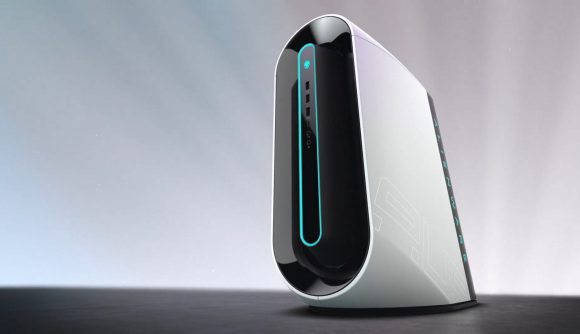 As The Register reports, new power consumption regulations brought into California, Colorado, Hawaii, Oregon, Vermont, and Washington mean any PC with an annual energy consumption above a certain bracket can’t be sold. This has caused Dell to list a warning stating that in those states you’ll be unable to purchase certain Alienware R10 and R12 models exceeding these rules, adding that “any orders placed that are bound for those states will be cancelled”.

A configuration of an Intel Core i5 11400F paired with an Nvidia GeForce GTX 1650 Super still passes those regulations and can be sold in states with the law, but it’s much slimmer pickings. There is only one other Aurora configuration on the Alienware store marked as compatible with the new power consumption regulations.

These regulations only came into place on July 1, so you can expect the warnings to start popping up at many more sellers of prebuilt gaming rigs.

It’s worth noting that these regulations don’t apply if you’re building a gaming PC yourself, nor if you’re looking to upgrade components inside a prebuilt computer that you already own.