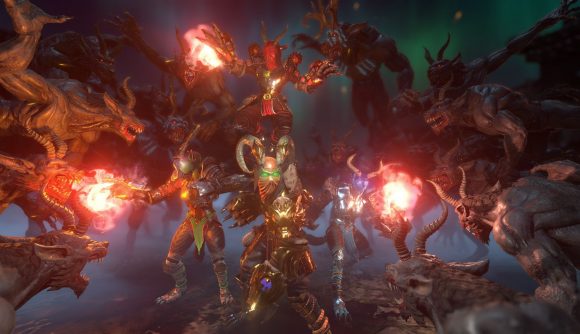 Almighty: Kill Your Gods is a brand-new third-person RPG from indie developer Runwild that sees you step into the shoes of an Alpha – a mighty and magic warrior imbued with the power of their ancestors, battling for their tribe against the Elder Gods’ tyranny and oppression. The RPG game’s just been unveiled at today’s Guerrilla Collective live showcase – and it’s headed to PC later this year.

“Almighty: Kill Your Gods is a game about reclaiming and rebuilding your home in the face of impossible odds,” the studio and publisher Versus Evil announce in a press release. As an Alpha, you’ll be equipped with gauntlets that let you harness magic to “deliver devastating ranged or melee attacks, shoot fireballs into your enemy’s face,” or even “smash them into oblivion with your metal fists.” Phwoar.

You’ll also have magic amulets and spells at your disposal, which will come especially handy in tackling “giant monsters”. Plus, Almighty: Kill Your Gods will have a crafting element, letting you forge “a huge array of Gauntlets and Power Stones, granting magic powers that can then be used to exploit enemy weaknesses”, with the option to experiment and create some “unique and highly customisation builds”.

The studios announce the game will also feature “seamless online multiplayer gameplay” when the game launches, letting players team up to tackle monsters together and also defend each other’s Home Islands from enemy raids. 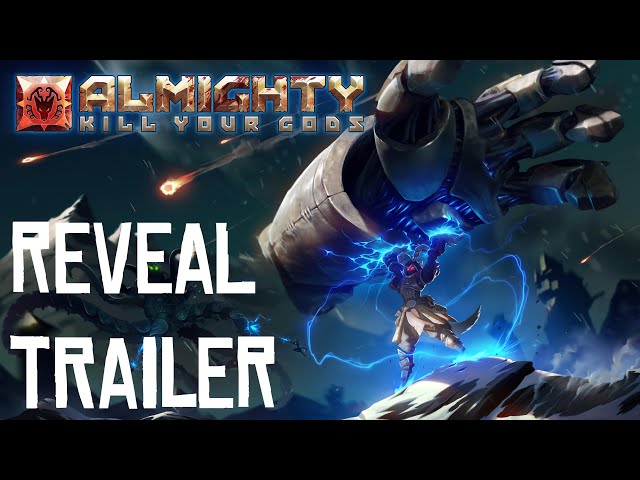 Speaking of which, Almighty: Kill Your Gods is set for a PC release in autumn 2020, though there’s no exact date to scribble down in our calendars just yet. You can find the game’s Steam page here if you’re keen to see and know more.