While Hearthstone: Heroes of Warcraft’s lead designer Eric Dodds explained Blizzard’s new computer powered collectible card game, I kept getting distracted watching designer Hamilton Chu demoing the game. He was losing. I wondered if either of them would mind if I shoved Chu aside to rescue his Undead forces from their disastrous encounter with the enemy archmage.

Heartstone is the kind of game that you not only learn in just a few minutes, but you suddenly feel confident that one of the designers might just need your help figuring out what to do next.

Hearthstone is the product of Blizzard developers’ long-running fascination with CCGs, and their frustration that so many people are kept back from card games because the learning curve can be so steep. With Hearthstone, Dodds and Blizzard are attempting to give players the excitement and competition of a card game tournament, without the need to study rules and complex card effects. It’s a lunch-break kind of game, although Chu mentioned that a few testers have started staying after-hours just to try and win “a few more games.”

It’s dead-simple: you and your opponent each have a hero with special powers that give them their own playing style, and you each play with a deck of minions and powers. You can do direct damage to an opponent’s Hearthstone, the destruction of which ends the game, or you can attack the minions deployed against you. There’s no Magic-style mana management: each turn you get one extra point of mana, so each turn sees the game escalate. 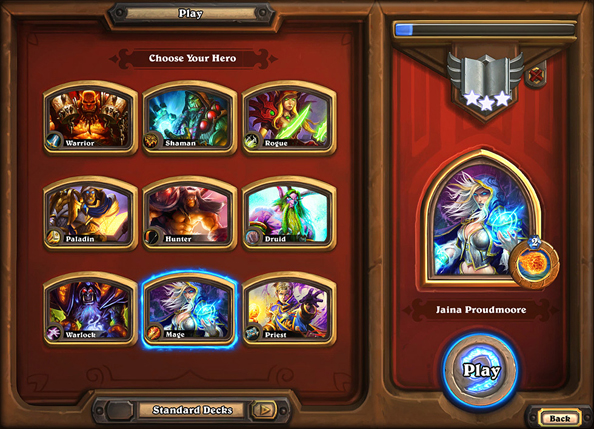 Dodds told me that Blizzard went to particular lengths to recreate the feeling of playing against someone in person, because online card games and board games can sometimes feel a bit airless and impersonal. It surprising how well they’ve succeeded: you can see your opponent targeting spells, even the ones they end up canceling, because it’s important to see the wheels turning. It’s like watching someone move a piece on a chessboard, then shake their head and move it back.

While Hearthstone will operate like a traditional CCG in some ways, with booster backs available to expand your card library, Blizzard don’t want people to feel like they’re just playing a slot machine to get a card. If there is one particular card you need, you’ll be able to “disenchant” other cards in your library, breaking them down into “arcane dust” that you can accumulate and use to buy a particular card. 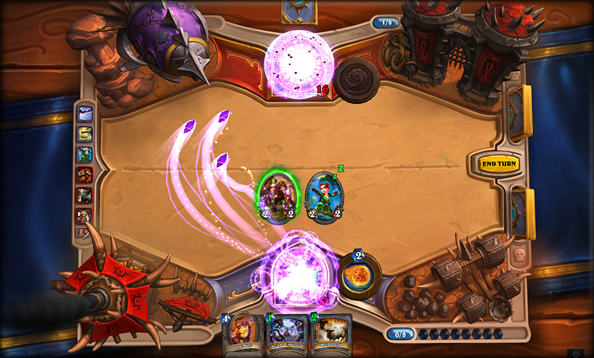 Dodds admitted that drafting is both one of the most fun parts of a phyiscal CCG, and yet not one that Blizzard could bring to Hearthstone. “It’s less fun online, and there’s always that one guy who slows everything up because he’s reading every card for ten minutes, and the cards pile up behind him.”

Instead, Hearthstone has the Forge mode, in which you quickly build a deck out of a series of either / or card selection, then take that deck into battle. Once you lose three battles, the deck is destroyed (the cards don’t go anywhere, don’t worry!) and your Forge run is over. Do well enough, however, and you have the chance at winning some prizes. 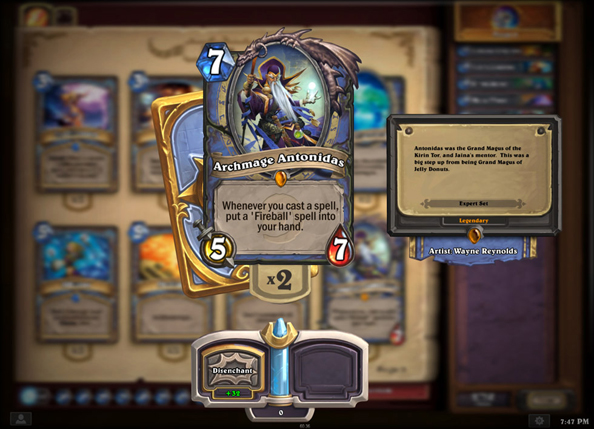 Hearthstone should be in open beta by the summer, Dodds said. The game already looks like it’s completely playable, and apparently the internal competition at Blizzard has gotten fierce. It may not satisfy card game masters who are used to more sophisticated fare, but it does look like Hearthstone exactly accomplishes Blizzards goals of fast, companionable card-driven fun.