Amazon have announced and released their own game engine, called Lumberyard, and it’s completely free, comes with the source code and integrates directly with Twitch from the game itself. It certainly doesn’t look budget from the screenshots either, though with Unity being the tech behind everything from Endless Legend to Hearthstone, that’s hardly a surprise. The way Amazon intend to make money on it is it’s all linked with their Amazon Web Services that provide servers and other bits ‘n’ bobs for a fee. However, for those just wanting to mess around in a new engine for a while, it’s as free as Unity or Unreal.

How many of the best PC games will be made in Lumberyard in the future?

The Twitch integration is particularly interesting. Exploiting Amazon’s ownership of the streaming service, it allows functions in-game to be linked directly to Twitch chat. Their example is say you build a game where typing ‘#boom’ into chat causes grenades to drop on the streamer you’re watching. You can easily see how this could be expanded to include multiplayer games between streamers where their chats control how well they do.

The sky (and the skill of coders) is the limit – Twitch chat building levels as you go with simple commands, fans being dragged in and out of games to play as NPCs, viewers controlling weapon and item options. There’s definitely a ton of potential there, though making it into something that’s fun for everyone involved – especially with the state of Twitch chat these days – is a seperate challenge. 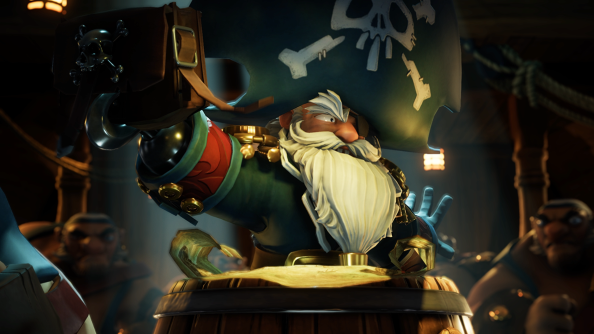 The first projects in the engine are in development at Amazon Game Studios currently, though we have no idea what they are. But anyone can now download Amazon Lumberyard and get started. The way they’re making money off all this is through the AWS cloud for online use, which is completely optional. There isn’t even a required payment if you release a commercial game and it gets a large number of sales, as there is with Unreal.

The catch is that Amazon is the only option for third-party server support, as pointed out by Gamasutra. You can run your own server farm if that’s an option, but if not, you’ll be using their new GameLift service, also launched today. It has a free tier, but beyond the first thousand daily users it’s $1.50 for each further thousand.

Plenty more info on the site, not all of which my foolish non-programmer brain can translate into English. Still, it’s now the third major engine that is completely free to use for anybody but the biggest developers making large games – i.e. the folks that can actually afford it. It’s great that not only is there this option for indies and starters (not to mention educational establishments), but there is competition in the field forcing each to become better and better. Lumberyard’s Twitch integration is certainly a unique step in that area, and one that will inevitably prove a masterwork when the right game comes along.