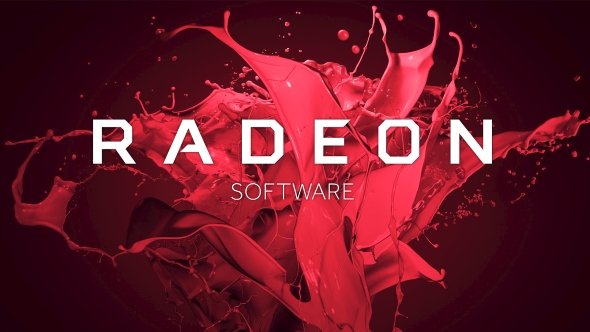 Updated November 30, 2017: AMD are still keeping their next update behind closed doors, however, they have at least confirmed that their annual big December update is on the way. The AMD YouTube channel released a teaser trailer for the update which, while explaining absolutely nothing about what the update entails, does put a name to the face – Radeon Software Adrenalin Edition.

Want to push your GPU beyond its recommended specs? Here’s our overclocking guide.

Arriving in the very near future – likely early December – the Radeon Adrenalin software is expected to bring benchmarking and metric monitoring directly to the driver software. AMD tend to release their largest updates to the driver software at the end of the year, a sort of Christmas present for the loyal AMD fans, all the while Lisa Su chases down Nvidia defectors through the woods dressed as Krampus.

Original story November 22, 2017: It’s nearly that time of the year when AMD add even more functionality to their Crimson driver software with their annual software update. Crimson ReLive has already aggregated AMD’s capture software, settings, drivers, and hardware tweaking WattMan functions, but this time around, it looks like the red team are looking to include OSD performance monitoring into the equation.

AMD tend to get into the holiday spirit pretty wholeheartedly, and they like to try and spread their new found cheer to their customers too – usually with a major driver update, which often comes packed with a new big-ticket feature as opposed to the smaller performance and compatibility driver updates released throughout the year.

With the tide of new games that are a little less than friendly with most, if not all, overlay software, the inclusion of an OSD included in Crimson itself may be the light at the end of the tunnel – at least for us nerds who feel the overwhelming need to benchmark games every other day. 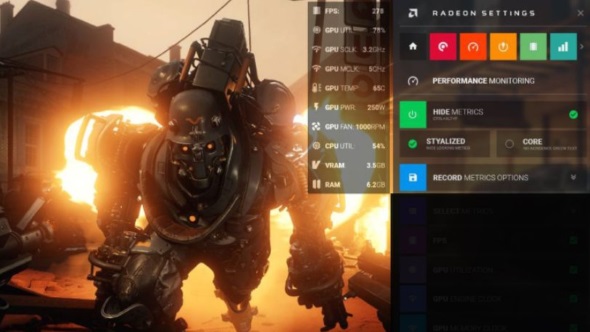 This useful addition from team red continues their prolonged push into A-grade drivers, something Nvidia have been praised for over the years. AMD haven’t always had the best reputation when it comes to drivers, yet with consistent game-specific driver updates they seem well on their way to dispelling their lackluster driver support image.

As with all new features, it may take a little time to iron out all the creases in the software. AMD’s holiday driver-code hampers will contain many bug fixes, as do the usual iterative updates, but the introduction of new software always coincides with new bugs that rear their ugly head upon the masses.

Don’t go uninstalling your third-party apps just yet however, the same images touting this supposed new OSD were circulating the web around the end of July, and so far there seems to be no further indication of AMD’s plans with their big holiday update. Their last big Crimson release that introduced the ReLive capture and recording utility launched back at the beginning of December last year, so we should be only a few weeks away from finding out what AMD have in-store this time. Let’s just hope Raja hasn’t left us with a lump of coal as he jumps ship to Intel next month.